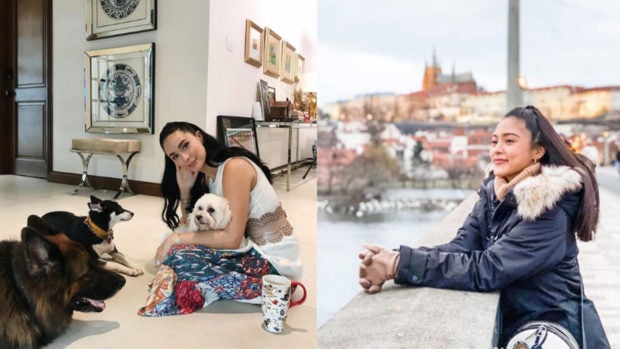 Actress Kim Chiu and TV host Korina Sanchez expressed their concern for the victims of the Taal Volcano eruption, especially the animals in the nearby communities which might need rescuing. Meanwhile, actress Heart Evangelista also asked for donations of animal feeds and other pet necessities to an animal shelter.

Chiu extended her concern for the community in Taal as she narrated her last trip to its crater in 2017 via her Instagram account yesterday, Jan. 13. She said the horses “played a big part” in helping tourists make their way up the crater and wondered if the horses residing near the volcano were saved.

“[T]he horses they played a big part as it is really hard to walk your way up to see the crater,” Chiu said. “The community there was so light, happy and vibrant everyone was so nice from our tour guide down to the residents.”

The actress appealed to the public to include the residents of Taal and other nearby communities in their thoughts and prayers.

Sanchez, meanwhile, asked for compassion toward the animals abandoned after Taal’s eruption, as per her Instagram post today, Jan. 14. The TV host attached a collage of animals, some covered in volcanic ash.

“Who are the owners of these poor animals in Taal, abandoned in the face of danger?” Sanchez wondered.

She then thanked the volunteers who took the initiative to rescue the creatures in a separate post today. Sanchez also stressed the animals’ importance to human beings.

“These animals provide for us. They are our companions,” she added. “They carry us on their backs for the Taal tours. And we leave them?”

Sanchez also said, “It takes a certain level of humanity to extend oneself to help ease suffering for those who can never repay or say Thank You.”

Meanwhile, Evangelista together with her furry pets, relayed news from the Philippine Animal Welfare Society (PAWS) Disaster Team on her Instagram post today, Jan. 14.  She confirmed that some animals were left on Taal’s site after people evacuated the area.

“These animals are left tired, thirsty, and very hungry,” she said.

Evangelista then called for the donation of some animal necessities such as cow feed⁣, chicken feed,⁣ dog food⁣, bottles of water⁣ and pet bowls which could be sent to the animal welfare group’s shelter. NVG