Kryz Uy and Slater Young revealed that they will be welcoming a baby boy into their family, weeks after the vlogger announced she is pregnant.

it’s a boy!!! 🙏🏼 i hope our baby turns out exactly like his daddy @thatguyslater 💙

Meanwhile, the soon-to-be father also expressed his joy over the reveal of their baby’s gender on his own page.

“It’s a #skyboy!!!” the TV personality stated, referencing to their home, which they fondly call the Skypod. “Time to think of names.”

It’s a #skyboy!!! Time to think of names 💙 – Thanks to our friends who made the whole surprise happen. So extra! 😂 More on my stories. @davidwildex @shaiymb @vienfinite

The happy couple found out about their child’s gender during a party at their home over the weekend. During the event, the two were seated in front of a window while watching a clip of their friends counting down to the gender reveal, which was projected on the window’s cover.

Blogger Laureen Uy posted a short video from the party on her Instagram Stories on the same day, which Kryz also uploaded onto her own page. As the countdown ended, the cover withdrew to reveal a figure of a bear outlined with neon blue lights. 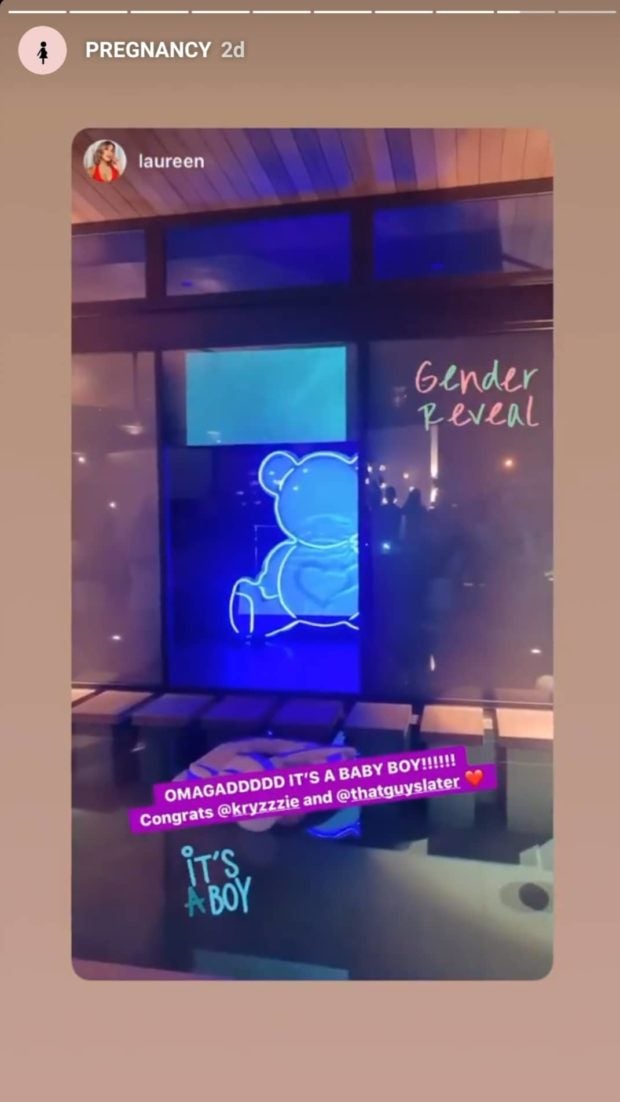 Kryz first revealed that she and Young were expecting a baby through a vlog post last Nov. 30. The two got married in an outdoor ceremony in Cebu in February last year.  /ra