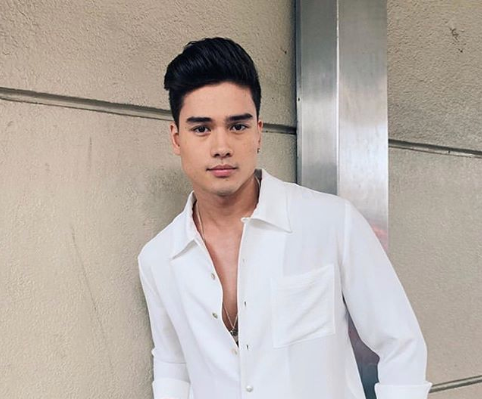 Actor Marco Gumabao is calling for fans to “dedicate” their lives to God “before it’s too late,” as he claimed that the catastrophes the world is facing right now are “signs” that the Lord Jesus will return.

Gumabao stressed that people should strengthen their faith to be ready for the end times because no one knows when it will exactly happen, he stated on Instagram yesterday, Jan. 13.

“With everything happening around the world right now, I just can’t help but post this,” he said. “All the signs are here: War, earthquakes, national disasters, rise of the antichrist etc.”

“Whether you like it or not, whether you’re ready or not, HE IS COMING. No one knows when. Tomorrow, next week, or maybe 5 years from now, nobody knows… that’s why we all have to be ready!” he added.

The actor’s message came with a series of Bible verses pointing to Jesus Christ’s Second Coming, including 2 Timothy 3, which reads: “But mark this: There will be terrible times in the last days.”

“Spread love and not hate! Forgive the people who have wronged you, even though you don’t feel like they’ve earned your forgiveness,” Gumabao stressed. “Love your family, your friends and your enemies, just as how Jesus loved the sinners.”

“Stop the hate! Stop [cyberbullying]! Stop giving in to worldly temptations!” he added.

The actor then emphasized that people should read the Bible, and that even three chapters a day “won’t hurt.”

“It won’t even take an hour of your time. Dedicate your life to Him before it’s too late. Strengthen your relationship with Him!” he said.

Gumabao noted that his message may draw both good and bad reactions from the public, but he said it is his duty as a celebrity to influence his fans to have faith in God.

“[I] just can’t help to not speak up on this. I know God put me in showbiz, not to be the most popular celebrity, but to use my platform to make Him popular,” he explained.

“I know I’m not the holiest person alive, but I am proud to say that I have a relationship with God. And it is the BEST feeling ever,” he added.

The actor offered his prayers to those affected by the Taal Volcano eruption, the Australia and South Korea wildfires, and the United States-Iran conflict. NVG