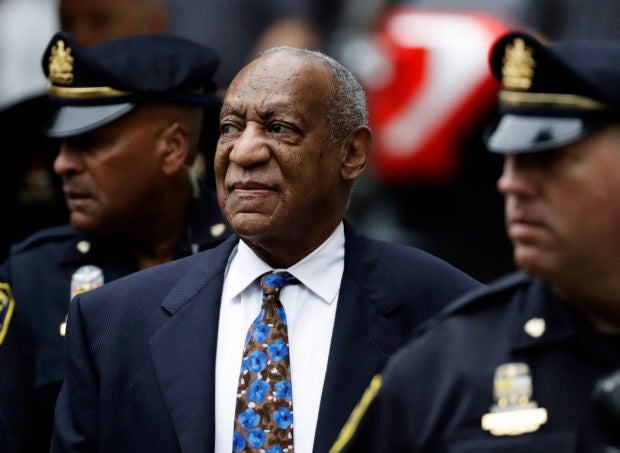 Comedian Bill Cosby filed an appeal Thursday of a court decision last month that upheld his conviction for drugging and sexually assaulting a woman at his home.

The latest appeal — filed with the Pennsylvania Supreme Court, which does not have to take the case — focuses on four key trial issues, including the judge’s decision to let five other accusers testify and to send Cosby to trial despite what he called a binding agreement with an earlier prosecutor that he would not be charged in the case.

Cosby, 82, is serving a three- to 10-year prison term at a maximum-security state prison in Pennsylvania. His lawyers called the 2004 encounter consensual, but a jury found otherwise in April 2018, convicting him on all three felony counts in the first celebrity trial of the #MeToo era.

The appeal was filed as jury selection gets underway this week in the case that launched that national movement of people coming forward with accounts of sexual assault or harassment. Movie mogul Harvey Weinstein has been charged in New York with raping one woman, and sexually assaulting another. Several other women are expected to testify about similar experiences with Weinstein.

Cosby had been a mentor to the accuser whose allegations formed the basis of the case against him. Andrea Constand at the time was on the staff of the women’s basketball team at his alma mater, Temple University.

In the filing, Cosby’s lawyers said the rulings upheld by the state Superior Court last month would have “far-reaching consequences for all future criminal proceedings, including those that proceed outside the national spotlight.”

They include the judge’s decision to let jurors hear portions of Cosby’s deposition testimony in a related civil suit Constand filed. In the deposition, Cosby acknowledged giving Constand three pills before the sexual encounter and spoke of giving quaaludes in the 1970s to another accuser before engaging in sex with her.

Given the current cultural context, lawyer Brian W. Perry wrote that allowing other accusers to testify in a sex assault case “flips constitutional jurisprudence on its head, and the ‘presumption of guilt,’ rather than the presumption of innocence, becomes the premise.”

Cosby’s lawyers, in the appeal, also challenge his classification as a sexually violent predator subject to lifetime supervision when he leaves prison.

Cosby, asserting his innocence, has said he will never express remorse to the parole board and therefore expects to serve the entire 10-year sentence.

The Associated Press typically does not name people who say they have been victims of sexual assault without their permission, which Constand has granted. RGA