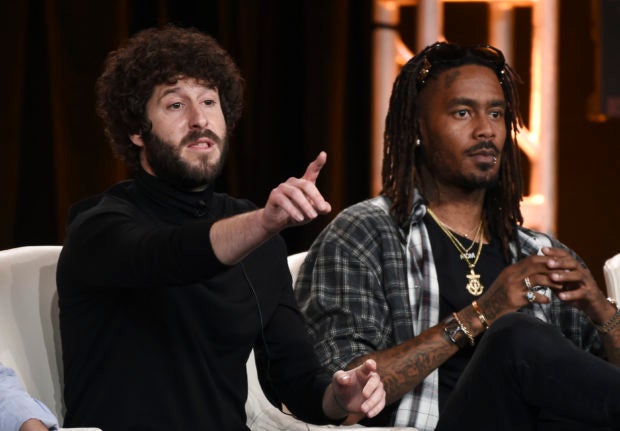 Dave Burd, left, makes a point alongside cast member GaTa during a panel discussion on the show. Image: AP/Chris Pizzello

PASADENA, Calif. — Dave Burd’s persona as rapper Lil Dicky is already a hit, having released music with some of the genre’s biggest names.

Now Burd is taking his comical and relatable style to TV with his self-titled series “Dave,” set to debut on FXX in the spring. It follows Burd in his daily life, with comedy ensuing from doctor visits and his relationship with his girlfriend.

He has got some big names in his corner on the project, including comedian Kevin Hart and music manager Scooter Braun, who serve as executive producers. Hart was already a fan of Burd, who shares his Philadelphia hometown. 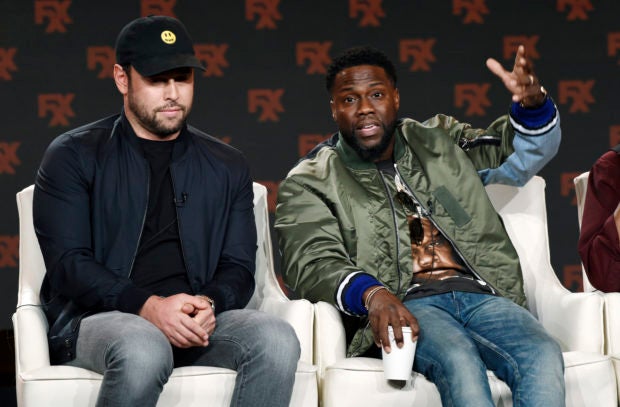 “I think he’s a star. The comedic talent and timing he has is unreal,” Hart told a TV critics meeting on Thursday. “You want to see people raise the level of creative and that’s what we’re seeing here.”

Braun had already worked with Burd musically and they are friends as well. Dipping into his contact list, Braun helped bring in cameo appearances by Justin Bieber, Kim Kardashian West, Tierra Whack and YG on the show. 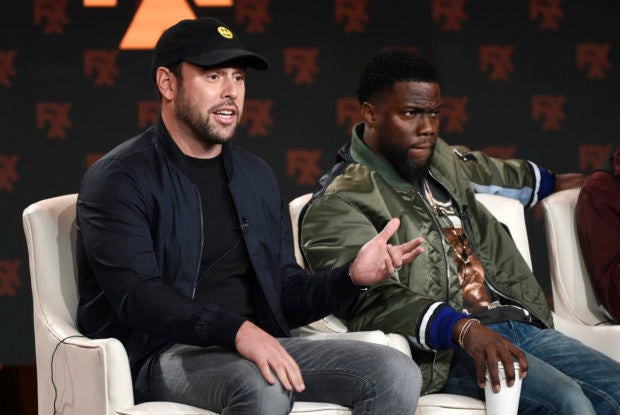 “We’re putting these people in positions they’re not used to being in. It’s fish out of water,” Braun said. “Dave is the magnet for all these people. They want to come and be part of what Dave is doing.” RGA