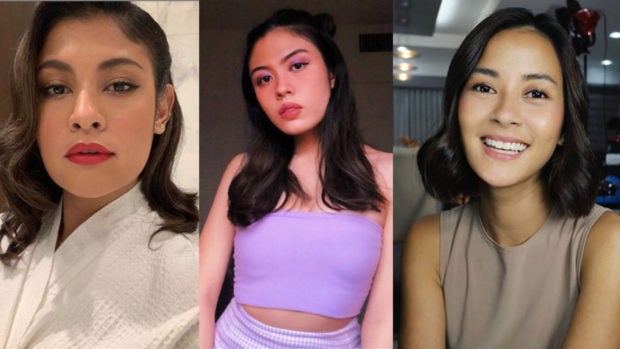 Celebrities and other notable names in the industry aired out their stand on making light of mental illness after a radio host made a “joke” about suicide on air which garnered backlash online.

The stars said suicide is not an issue to be taken lightly, as they urged those who make the issue a joking matter to “reevaluate themselves”.

Jobert Sucaldito made the controversial statement on his DZMM radio show “Showbuzz” on Tuesday night. He was reacting to actress Nadine Lustre’s response to an article by fellow entertainment journalist Ricky Lo who speculated that she and actor James Reid had broken up.

Sucaldito surmised that the story of their break-up was made up to get people talking about them. Citing Lustre’s cryptic posts on Instagram, where she was seen standing in a balcony, he said, “Sana tumalon na lang kung ganun din naman pala.” (I hope she just jumped if that was the case.)

The #SuicideIsNotAJokeJobert hashtag became viral on Twitter, as well as #ApologizeToNadine, as netizens slammed Sucaldito for his comment. Despite not using the hashtags, some celebrities made their own posts about the gravity of mental illnesses.

“Making light of suicide and mental illness is not funny and should not be tolerated, ” Gonzalez said on her Twitter account today, Jan. 8.

Making light of suicide and mental illness is not funny and should not be tolerated.

Megastar Sharon Cuneta’s daughter Frankie Pangilinan also gave her two cents in the matter as she stressed to reevaluate people’s treatment of suicide-related concerns. Pangilinan said that the issue “triggered” her.

“[I wasn’t] going to say anything because this is a lil triggering but hey suicide is as serious as it gets and anyone who makes a joke of it or treats it lightly should really reevaluate themselves,” she said.

Director of romantic comedy “That Thing Called Tadhana”, Antoinette Jadaone, also called out the behavior, as she stated: “WE NEED TO STOP JOKING ABOUT MENTAL ILLNESS.”

WE NEED TO STOP JOKING ABOUT MENTAL ILLNESS

Singer Kiana Valenciano said that she was stunned by the comment.

“How can someone be so ignorant and insensitive about this issue in this day and age?” Valenciano questioned.

WAKE UP AND GROW UP. Suicide is not a joking matter or something to bring up passively for clout. I am stunned. How can someone be so ignorant and insensitive about this issue in this day and age?

ABS-CBN News issued a statement with regard to Sucaldito’s “inappropriate comments”, where they assured that the news outlet takes issues of mental health seriously.

Sucaldito has since apologized to Lustre via a statement on DZMM today. NVG

#SaveAngkas supported by celebs: ‘Angkas is part of solution, not the problem’

Paulo Avelino speaks up on struggle with suicidal thoughts, calls for use of crisis hotline