Following its special early release during Star Wars Weekend last December, Star Wars: The Rise of the Skywalker returns on the big screen with its wide release starting January 8, 2020.

To celebrate the film’s return to the big screen and as a treat to the eager fans of the franchise, moviegoers will be treated with special Star Wars premiums. 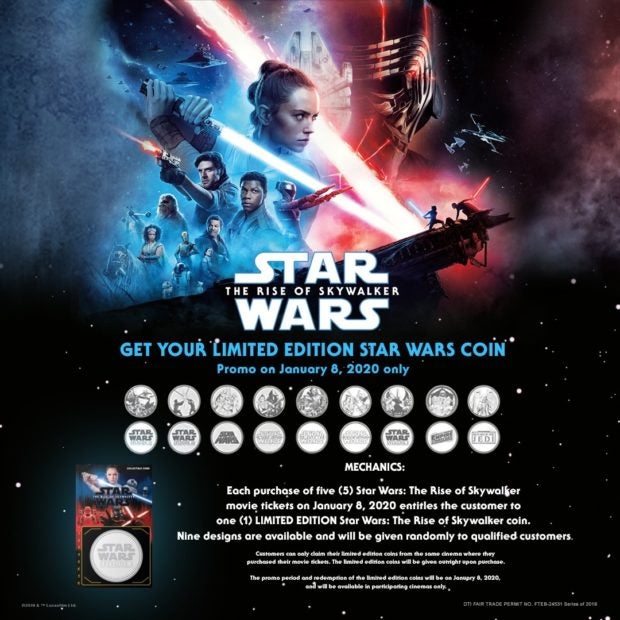 Limited edition Star Wars: The Rise of Skywalker coins – Available only today, January 8 at participating cinemas, customers who purchase five tickets will be entitled to a limited-edition coin. Nine designs are available.

Limited edition Star Wars: The Rise of Skywalker mini posters –  An exclusive to IMAX Cinemas today, January 8 to February 4, customers who purchase their tickets will be entitled to a limited edition poster. One design is available per week starting January 8. Four designs are available.

Witness the exciting conclusion of the much-beloved saga in Star Wars: The Rise of the Skywalker as it returns to cinemas on January 8, 2020, available in 2D, IMAX 3D, IMAX with Laser, 4DX and MX4D formats. Join the conversations online using the hashtags #StarWarsPH and #TheRiseofSkywalker.