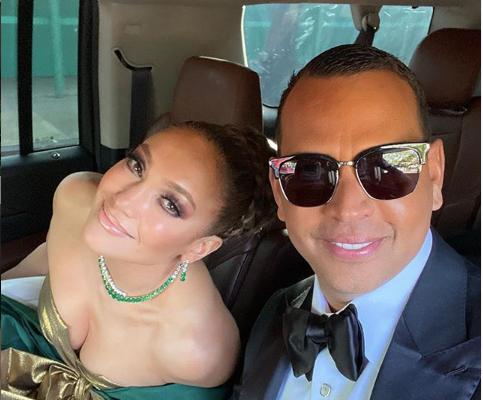 Alex Rodriguez and Jennifer Lopez on their way to the Golden Globes. Image: Instagram.com/@arod

Former baseball star Alex Rodriguez assured fiancee Jennifer Lopez that she is still a champion amid her loss in the best supporting actress in a motion picture category in the latest Golden Globe Awards.

Rodriguez, famously known as A-Rod, told Lopez that “it doesn’t take a trophy, medal, or plaque to identify a true champion,” he posted on Instagram earlier today, Jan. 6.

“To millions of young women who have watched you and have been inspired and empowered to do amazing things in their lives, you are a champion,” he said.

“For countless musicians, dancers, actresses, and performers who have seen and emulate your passion, drive and work ethic to find their own success, you are a champion,” he added.

Rodriguez’s message came with a photo of Lopez on the red carpet during the 77th Golden Globes Awards held earlier today at The Beverly Hilton in California, United States.

Lopez was nominated for her role as Ramona, a stripper in New York City, in the 2019 thriller-drama “Hustlers” directed by Lorene Scafaria.

Laura Dern bagged the award for best supporting actress in a motion picture, for her role as divorce lawyer Nora Fanshaw in Netflix’s “Marriage Story”. JB

ADVERTISEMENT
Read Next
Treasure to debut as first new boy band from YG in over 4 years
EDITORS' PICK
Smart Prepaid encourages the youth to take their passions to the next level and ‘Live GIGA’
DOF to PITC: Return P1 billion in interest on ‘idle’ funds
Experience clearer calls nationwide with Smart VoLTE
Año to public, officials: Refrain from holding events
Arthaland’s property management arm utilizes Amazon Web Services to enhance delivery of service
Watershed degradation abetted flooding, says scientists’ group
MOST READ
‘What is mine is hers,’ says Matteo on sharing finances with his Popstar Royalty wife
Año: Gov’t to conduct fact-finding on mass gatherings attended by Roque, Pacquiao
’Blind obedience’: Robredo twits Briones for pleasing only Duterte, not teachers, students
Remains of Rep. Eufemia Cullamat’s daughter now with family – Army
Don't miss out on the latest news and information.