At Golden Globes, some of the brightest stars are Filipinos | Inquirer Entertainment

At Golden Globes, some of the brightest stars are Filipinos 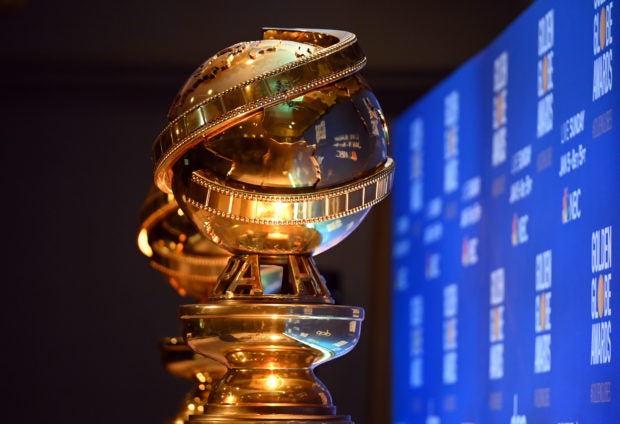 (FILES) In this file photo taken on December 9, 2019, Golden Globe statues are set by the stage ahead of the 77th Annual Golden Globe Awards nominations announcement in Beverly Hills. – Hollywood’s biggest stars gather on January 5, 2020, for the glitzy Golden Globes, the first major awards show of a packed season that looks set to mark Netflix’s coming-of-age in Tinseltown. The celebrity-filled gala in Beverly Hills is billed as the most raucous event in the showbiz calendar, where success helps create buzz ahead of next month’s Oscars. (Photo by Robyn BECK / AFP)

Filipino luminaries in film and fashion walked the red carpet alongside Hollywood hotshots to kick off the 2020 awards season through the Golden Globes at Beverly Hilton.

Among those in attendance at one of Hollywood’s biggest nights was Michael Cinco, who has designed gowns for Beyoncé, Jennifer Lopez, Rihanna, Lady Gaga, Sophia Vergara and many other A-listers in the music and film industry.

Also spotted on the red carpet was Kenneth Barlis, who has dressed many celebrities, including Carrie Underwood, Kelhanie and Iggy Azalea.

He joined five other filmmakers representing Ukraine, Spain, Chile, Canada and Australia on the red carpet.

They were at HFPA’s foreign film symposium, featuring filmmakers behind the 77th Golden Globes’ five best foreign language nominees, and the Globes’ viewing party on Jan. 6. They will begin a three-week intensive training program.

Gutierrez, who recently won the Special Jury Prize at the Venice Film Festival for the Philippine crime drama film “Verdict”, said he wanted to see more Filipino-produced films “that have authenticity.”

“I think we should focus more on our own culture instead of imitating something we’re not,” he told reporters on the red carpet.

Jonas Rivera, one of the producers of Toy Story 4, raved about Pixar artist Mara MacMahon, describing her as “one of the great talents of Pixar.” Toy Story 4 was nominated for Best Animated Feature.

“She draws. She sketches. She’s an engineer,” Rivera told the Inquirer. “Mara has a brilliant mind.”

“Ronnie is a treasure. The way he communicates with his drawings just touches your heart,” said Pixar producer Mark Nielsen. “Give him a pencil and he will break your heart.”

Janet Lee, one of the producers of Frozen 2, said they “couldn’t have and wouldn’t have produced (the film)” without Fil-Am songwriter Robert Lopez and his wife Kristen, who were nominated for Best Original Song for “Into the Unknown.”

“Their hearts and souls are very much part of what we do.” Frozen 2 was also nominated for Best Animated Feature.

Nepales and husband Ruben, Inquirer columnist and HFPA executive secretary, were part of the team that decided it was time for the Golden Globes to “go vegan” and not use plastic water bottles at the catered event.

“We’re making a statement about the environment, that we’re doing something to protect it,” said Nepales, who wore a Michael Cinco creation, a burgundy gown encrusted with Swarovski crystals.

“They put a lot of love into it, and that’s the Filipino way of making a creation for you. It’s very personalized. It makes a statement in the fashion world,” she said of her gown.

“I’m sure the Filipino designers will make a big splash on the red carpet this year,” she added.