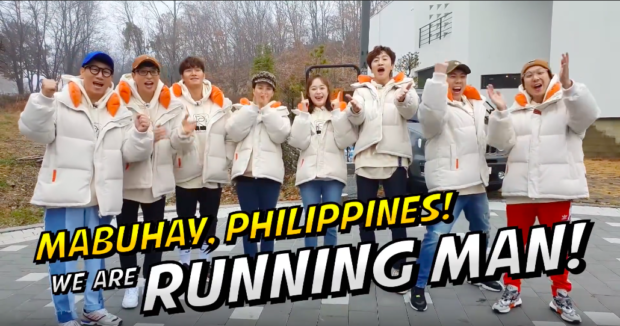 MANILA, Philippines — The cast of Korean variety show “Running Man” is coming to the Philippines for the first time on February 9, 2020.

The fan meeting, dubbed as “Running Man: A Decade of Laughter,” is happening at the Mall of Asia (MOA) Arena and the tickets will be available starting January 19, 2020.

In a video posted by Happee Sy of local events promoter Pulp Live World, the cast of “Running Man” expressed thanks to fans and invited them to witness their first visit in the country.

“We’re grateful for the support that the Filipino fans have given us. We’ll do our best to make it an unforgettable memory at our show in Manila,” Lee said in Korean.

“The Manila show will be ‘Running Man’s’ first stop for 2020 so please make sure to look forward to a lot of new performances,” Yang added.

“Running Man,” which first aired in July 2010, features games played by its emcees and guests.