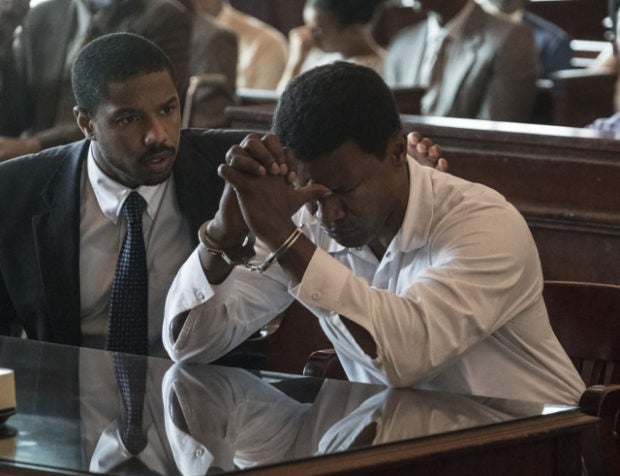 Based on the true story of innocent death row prisoner Walter McMillian and his lawyer Bryan Stevenson, “Just Mercy” recounts the career of Stevenson, a Harvard graduate, who rejected high-flying posts in preference for a life in Alabama, representing those who could not afford legal advocates.

It opened on Christmas Day in just four theaters but is set to roll out domestically and globally in the new year — a wider release in the United States from Jan. 10, and in international territories over the course of the following weeks.

By then, Foxx will be in possession of a Spotlight Award from the PSIFF, received in recognition for his performance as McMillian.

Meanwhile, Jennifer Lopez of “Hustlers” is to receive the festival’s other Spotlight accolade.

The film is directed by Destin Daniel Cretton of “The Glass Castle”, “Short Term 12” and Marvel’s upcoming “Shang-Chi and the Legend of the Ten Rings”, as well as HBO’s undated episodic crime thriller “Tokyo Vice”.

Martin Scorsese is to receive the PSIFF’s Sonny Bono Visionary Award for “The Irishman.” RGA