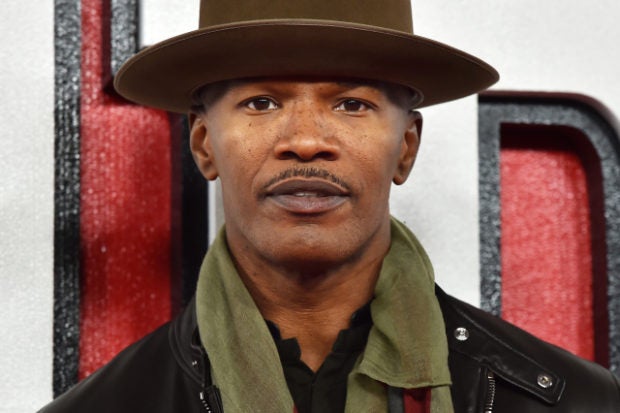 Jamie Foxx poses for pictures during a photocall for the film “Annie” in central London on Dec. 16, 2014. Image: AFP/Ben Stansall via AFP Relaxnews

“Soul” follows middle school music teacher Joe Gardner, voiced by Jamie Foxx (“Django Unchained”, Ray”), who dreams of being a professional jazz musician, but ends up at the ethereal “You Seminar,” helping souls in training.

The animated film is directed by Pete Docter (“Up”, “Inside Out”), who also co-wrote the screenplay with Mike Jones and Kemp Powers.

The trailer opens with Joe asking, “What would you want to be known for on Earth?” over shots of people in their everyday lives and jobs.

“We only have a short time on this planet. You wanna become the person that you were born to be? Don’t waste your time on all the junk of life. Spend your precious hours doing what will bring out the real you,” he says. Clips of people enjoying their passions like sewing and playing instruments, including Joe playing the piano onstage at the Half Note Club, follow.

Just as Joe learns he finally booked a gig, he falls into a pothole. The life-threatening accident causes Joe’s soul to be separated from his body and transported to the “You Seminar,” where souls develop and gain passions before being sent to a newborn child. Now Joe must help the souls in training — and discover his own passionate soul — so that he can get back to Earth before it is too late.

As a blue blob, he asks 22 (played by Tina Fey), a soul who does not think life on Earth is all that great, what she would like to be remembered for.

“Probably for doing this funny cowboy dance,” 22 says, showing off her moves.

The voice cast is rounded out by Questlove as Curly, the drummer in Joe’s band, Phylicia Rashad as Joe’s mother and Daveed Diggs as Paul, Joe’s neighborhood nemesis. Oscar winners Atticus Ross and Nine Inch Nails frontman Trent Reznor composed the original score, while Jon Batiste wrote several original jazz songs for the film, one of which scores this first teaser.