'Jumanji: The Next Level' moves up to first place | Inquirer Entertainment 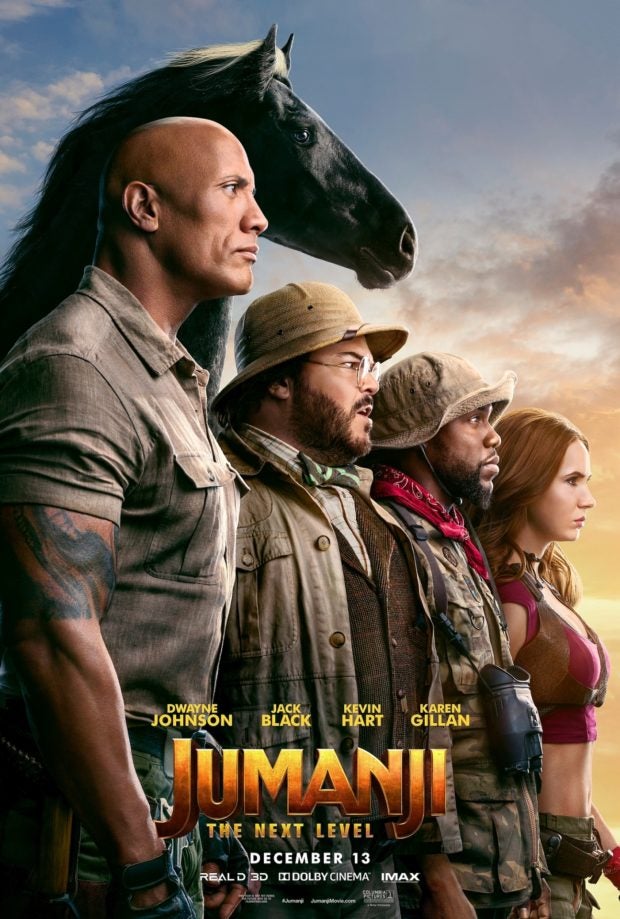 “Jumanji: The Next Level” has climbed to the top of the world-box office ranking.  Image: courtesy of Sony Pictures via AFP Relaxnews

In the wake of the “Frozen 2” avalanche, another franchise comeback has climbed to the summit of the global box office. “Jumanji: The Next Level,” the follow-up to “Jumanji: Welcome to the Jungle,” which was released in the United States. on Dec. 13, is now the worldwide leader.

According to figures published by specialist website ComScore, the action movie garnered $145.8 million in sales over the weekend, ending Queen Elsa’s reign over the global box office. The feature already made a resounding start last week, when it entered the rankings in second place following its release in select markets.

“Frozen 2” may have slipped back a place, but it still harvested a further $47.9 million, which means that the animated musical has now accumulated more than $1 billion in sales. In so doing, it became the sixth Disney movie to have passed this threshold in 2019.

Now in third place, the Chinese film “Sheep without a Shepherd” powered ahead with $27.4 million in sales, knocking the black comedy “Knives Out” into fourth place.

Fifth and sixth in the global rankings last week, “Ford v Ferrari” and “Last Christmas” have both fallen back by two places, but remain nonetheless in the top 10.

The world box-office top 10 (in millions of dollars) :