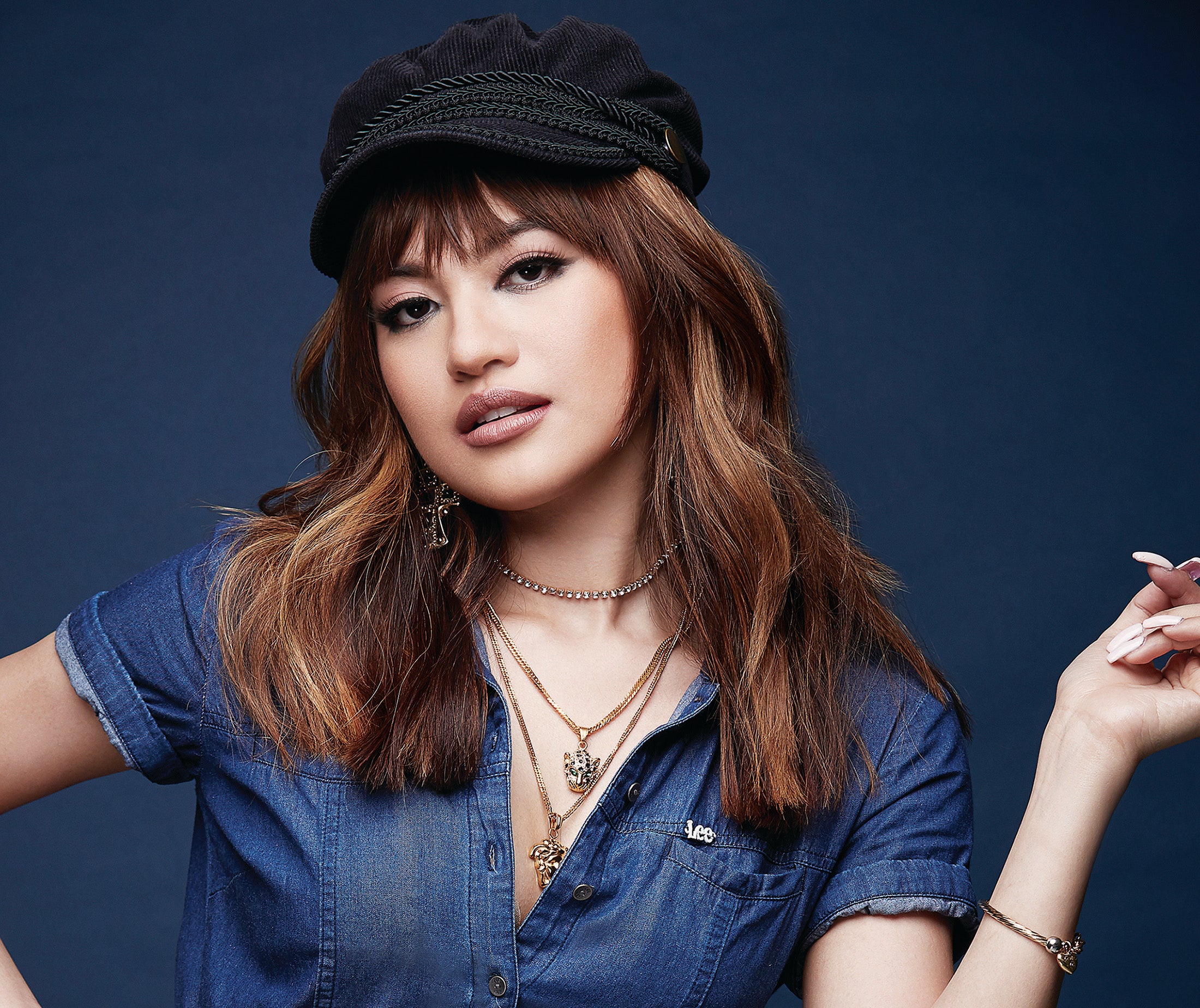 With the variety show “Sunday PinaSaya” coming to an end later this month, there are talks that its yet-to-be-announced replacement will have Julie Anne San Jose and Alden Richards as two of its lead members.

What does Julie Anne feel about the possibility of spending more time with Alden on set? To recall, the two GMA 7 talents were romantically linked a couple of years back, and then allegedly had a misunderstanding.

“Why not? I’m open to working with anyone,” the singer-actress told reporters at her recent launch as the new endorser of the denim jeans brand Lee, which is launching a new line called 101 Plus.

At the height of the issue, Julie Anne endured a fair amount of bashing from disgruntled followers. But should she and Alden indeed end up working with each other in the near future, the 25-year-old artist would like to believe that people will be more accepting this time around.

“There wasn’t really an issue in the first place,” Julie Anne stressed. “Once in a while, we see each other at get-togethers or events. There’s no problem … We’re OK, we’re civil.”

But at the end of the day, she said, what the fans think of her is beyond her control. “I respect their opinions. I want to fulfill my job and do my best.”

However, she seemed to feel uncertain about the idea of being paired with Alden as a love team, pointing out that the actor’s partnership with Maine Mendoza is “unbeatable.” “Malakas talaga sila together. And I don’t think [there’s any need] to replace anyone,” she said. While Julie Anne is sad about the impending end of “Sunday PinaSaya,” she’s looking forward to the new show, which she said would open a new chapter in her career. “It was a good four years. Kind of like being in school and having a solid set of classmates. We’re family.”

“There’s no pressure. But it’s challenging, thrilling to be given this new opportunity to entertain and bring joy to the people,” she added.

Aside from her coming show, Julie Anne has a new single called “Isang Gabi”—a collaboration with singer-songwriter Rico Blanco, whom she described as a “legend” and “musical genius.”

“I was starstruck upon meeting him because I have always wanted to work with him. He told me that he saw me perform at ‘Party Pilipinas’ back in 2012, and that made him want to write a song for me … It was a once-in-a-lifetime experience,” Julie Anne said.

“I initially wanted to do an R&B song. He said that’s something to consider, but not now, because he wanted to maximize the capacity of my voice. So, we ended up doing a ballad, which was good because most of my recent releases were R&B or soulful tracks.

The haunting and piano-driven lamentation is curiously about a “third party”—something she has no personal experience of, she quickly clarified. “And I hope I don’t,” Julie Anne quipped. “Despite the song not being based on a true story or person, Sir Rico made it happen.”While 2018 was a “roller-coaster ride”—in terms of personal life, especially, 2019 has been steadier and full of blessings.

“I think it’s because I have been focusing on work,” she said. “And next year will be a year of breakthroughs. I’m claiming it!”