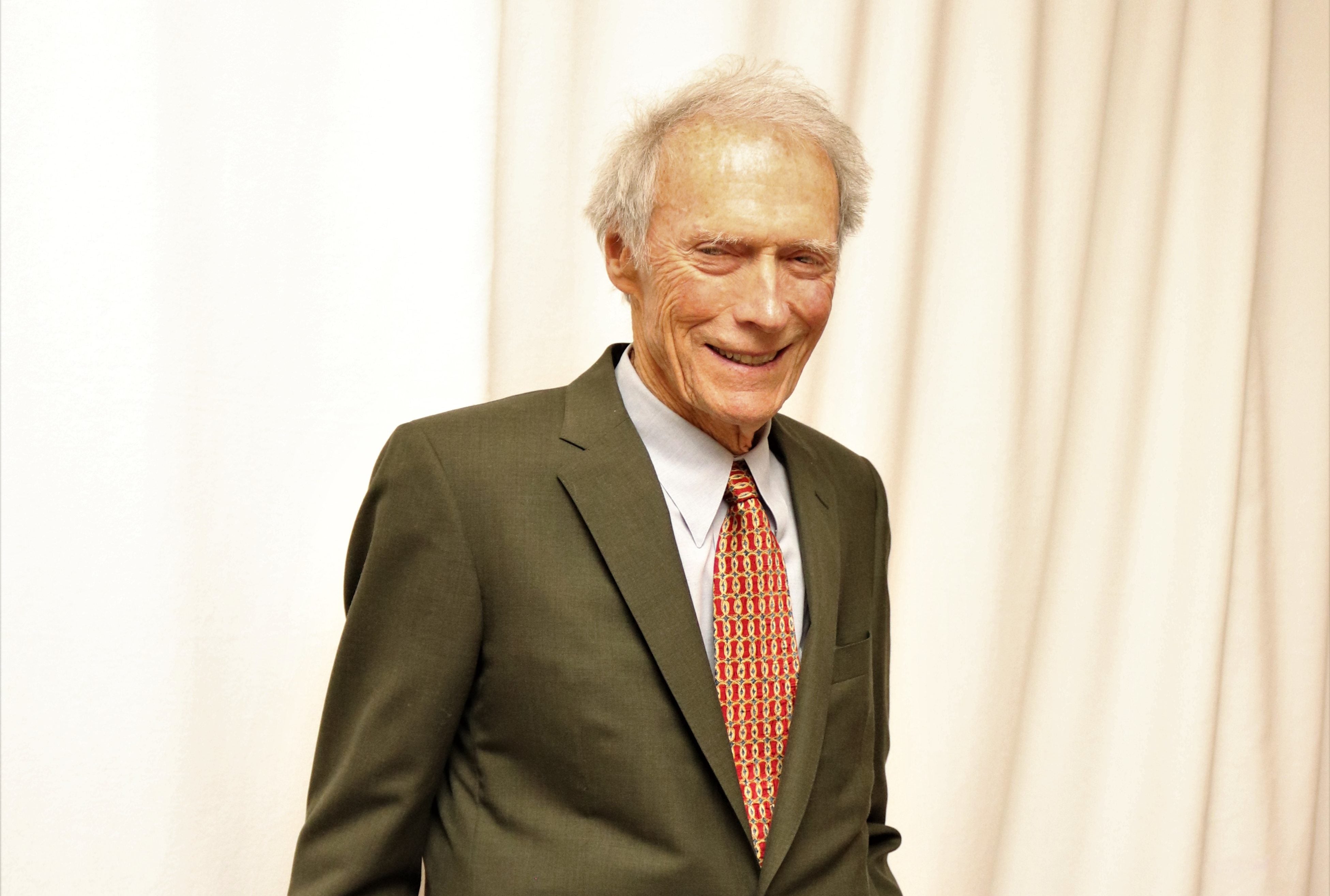 LOS ANGELES—Clint Eastwood is turning 90 in May next year.

“You don’t have to say it out loud,” Clint said with a smile on his familiar craggy face when his big milestone was brought up. “No, you are absolutely right.”

The actor-director, noted for his scowling, laconic onscreen persona but is a quiet, charming man in person, was asked what his definition of a good time is these days.

“Stormy Daniels?” came his surprise reply. Clint, in a jacket and tie in this interview in Los Angeles, was still smiling. “I’ll let my mind get out of control.”

Now silver-haired, Clint looked back at his start as an extra in Hollywood. “The ’50s—I started in 1953, being a one-liner if I was lucky, somewhere,” said the San Francisco native who went on to star in the western TV series, “Rawhide,” crossed the Atlantic to appear in Sergio Leone’s spaghetti westerns, came back to star as antihero Harry Callahan in the “Dirty Harry” movies, and transitioned into a respected actor and director.

Clint’s career has now spanned more than half a century.

“I grew up with my grandfather,” recalled Clint, who came from a family of itinerant workers. As a result, he attended eight elementary schools as his family moved to different towns in Northern California. “My grandfather was a chicken farmer. I was born in the Depression, in 1930.”

He can now quip with a laugh, “The Depression was hard, everybody was depressed. It was an interesting time.”

He added, “As a kid, you didn’t need a toy—just little things would get your attention. Nowadays, kids get to see all things, stream this and that.

“In those days, you appreciated the little things. But now, you appreciate things better. Hopefully, you have aged gracefully enough to accept the new, as well. I’m not in love with the old days, because they weren’t good. Sometimes, there were good old days, but they were OK.”

“Rawhide” turned the struggling actor into a TV star, but he aspired to be in the movies, as well. He admitted, “My dreams were to get off ‘Rawhide.’ I enjoyed it for awhile, but I went off to Italy and did some films.”

There were actually three spaghetti westerns that made him an international star—“A Fistful of Dollars,” “For a Few Dollars More” and “The Good, The Bad and the Ugly.” 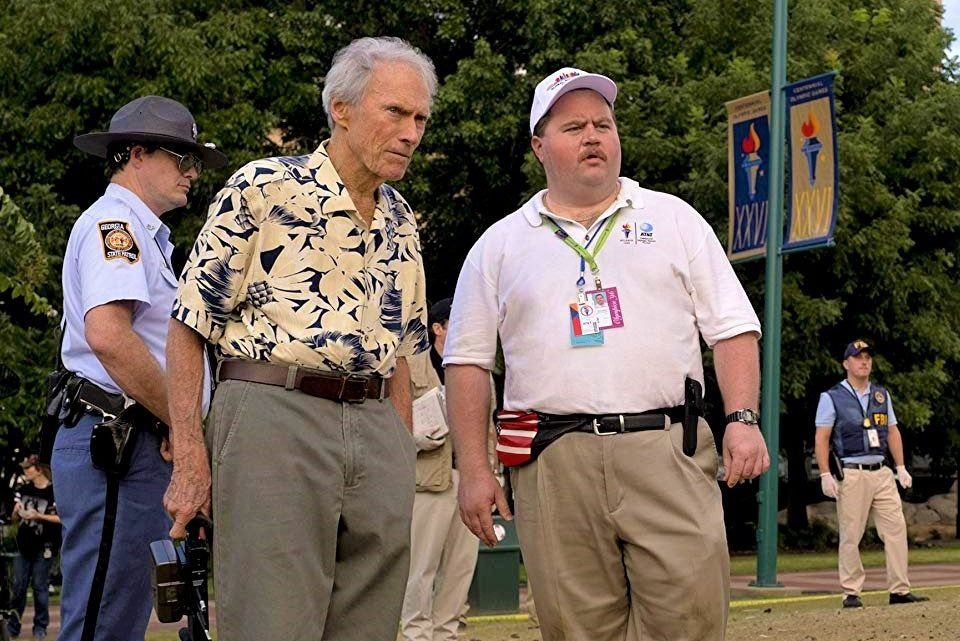 When he returned to Hollywood, Clint began his rise as a bona fide Hollywood star who was known for his taciturn, tough-guy presence, then as a critically lauded filmmaker. He said humbly, “I did a few American films that did OK, and once in a while, if you’re lucky, you get one that works.

“But there are so many things that go into it—producing, directing, setting it all up. Each time, it’s like a different game. Just when you think you got it captured, it can drop you like a hot potato, like an angry woman.”

Somewhere along the way, Clint, a registered Republican, became the mayor of Carmel, California, in the 1980s. He once said in an Esquire magazine interview in 2016, “He (Donald Trump) has said a lot of dumb things. So have all of them. Both sides.”

Three years later, Clint said this in our interview, “That (US President) is probably the hardest job anybody would have. It’s tough. Some days, you pick up a paper and think, God, this is the dumbest person in the world, and then OK, this is not a bad thing.

“Every day is different. I don’t have any particular philosophy. But I know dumbness when I see it. And you see a lot of it nowadays.”

Still churning out at least one film a year, Clint said he relishes his time behind the camera. “That’s why I became a director, so someday, when I got tired of looking at myself onscreen, I could do it just through that. I’m in that era right now where I am definitely tired of looking at myself. I love watching the actors and making sure that in my mind, they’re doing the right thing.”

The movie dramatizes events during the 1996 Atlanta Summer Games when Richard (played by Paul Walter Hauser), a security guard, found a bomb at the Centennial Olympic Park and quickly alerted the authorities.

Richard’s quick thinking was credited for saving countless lives. However, within days, Richard went from being a hero to FBI’s No. 1 suspect.

“Richard Jewell” has been generally well-received by critics, especially for the performances that Clint elicited from Paul, Kathy Bates, Olivia Wilde and Jon Hamm.

A controversy erupted though over the film’s portrayal of Atlanta Journal-Constitution reporter, Kathy Scruggs, played by Olivia, as offering sex with an FBI agent (Jon) in exchange for news information.

The paper’s editor, Richard Riley, was quoted as saying, “There is no evidence that this ever happened.”

Olivia, for her part, said to Variety, “It’s a shame that she (Kathy) has been reduced to one inferred moment in the film. It’s a basic misunderstanding of feminism as pious sexlessness. It happens a lot to women; we’re expected to be one-dimensional if we are to be considered feminists.” 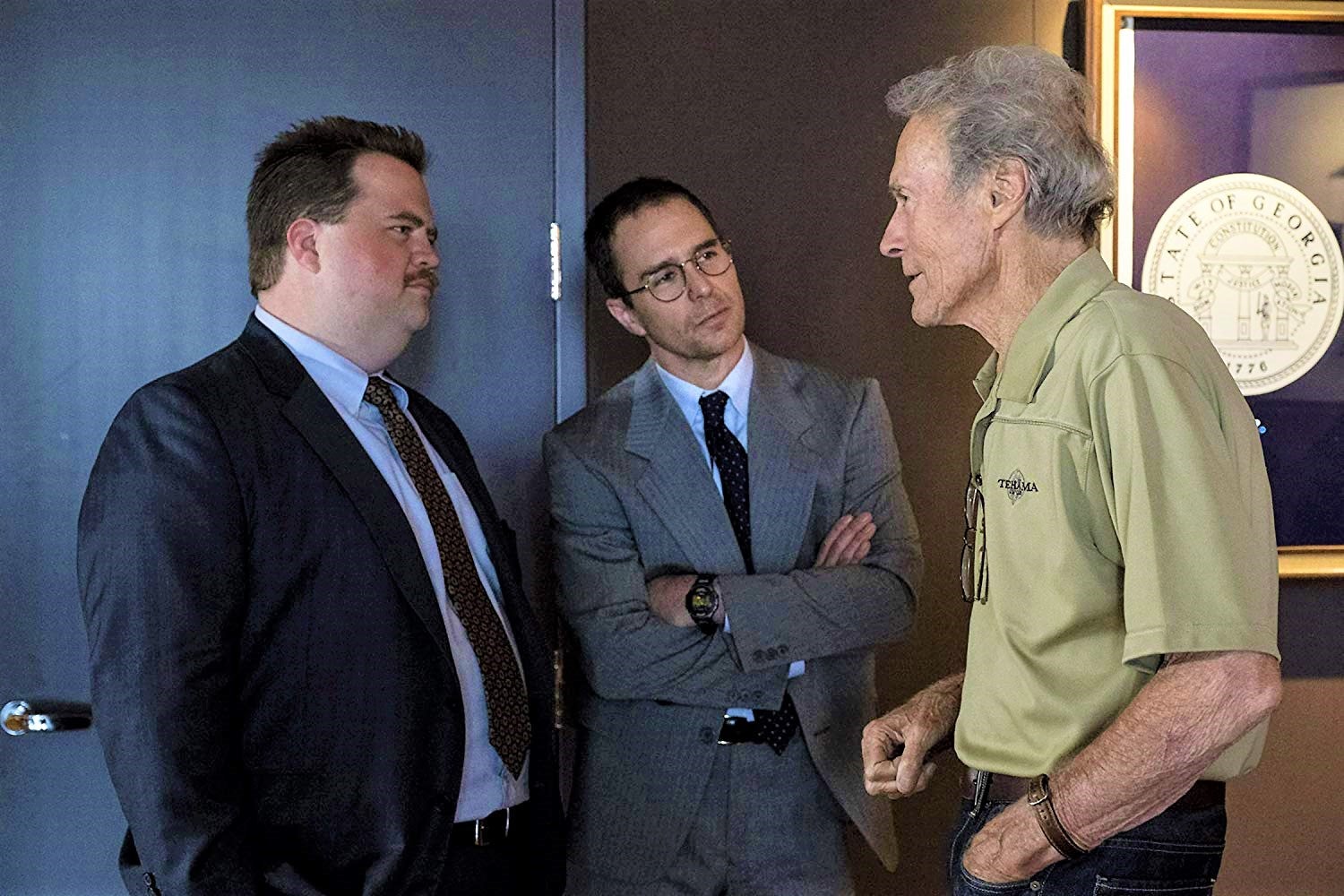 Clint, whom we interviewed before the issue began, said of his cast, “I like Paul, Sam, Olivia, Kathy and everyone who was in the movie. It’s more fun to watch them than being a guy who has been acting for many years.”

He said about the screenplay’s source, “I read the original article that Mrs. Brenner wrote on the great American tragedy, she called it. And for someone to have his life taken away from him, do a heroic deed and get the penalty of being accused of the actual crime, it just seemed like it could make a great movie.”

The four-time Oscar winner talked about the film’s long journey into making it to the big screen, with several studios involved—Warner Bros., Fox and Disney.

“The backstory is, I just know that Alan Horn, who was the head of Warner Brothers, was taking over at Disney and Fox, and it all fell together.” Laughing, Clint quipped, “So I’m putting Alan in my will (laughs). I walked away with the script, so here we are.”

On casting the critically acclaimed Paul, whose credits include “I, Tonya” and “BlacKkKlansman,” Clint said, “The man was born to play Richard Jewell.”

Asked about his take on the streaming trend, the veteran said, “I’m from an old school and all the new stuff is a little bit ahead of me. But streaming and screaming (laughs) are too close together. I’ll eventually catch up. But it’s not an easy thing for me.

“I suppose if I wanted something to go to a broader audience, you might say you want it to go into people’s homes. But then, you want to do a movie where people will come out of their homes to go see.

“You can say, you grew up watching Billy Wilder, ‘Sunset Boulevard’ and ‘Double Indemnity.’ But those people had to work with only one medium, which is the movies. And now there are streamers and steamers (laughs), and editing going.”

As he hits his 90s, Clint is not slowing down. He is deciding which project to direct next. “We’re looking at a couple of things,” he said.

He reflected on his long career, which has stretched to many decades. “You never know if you’ll get there. Sixty-something years ago when I started acting, you never think it’s going to end. You hope that it goes somewhere and you’re lucky that it goes somewhere. You look back and go, why am I still here and why am I not watching at an old folks’ home?

Breaking into a grin, the man who rode off into the sunset in Italian westerns, then succeeded as an actor and director in Hollywood said, “It’s been a good ride and I will just ride along on my make-believe horse.”