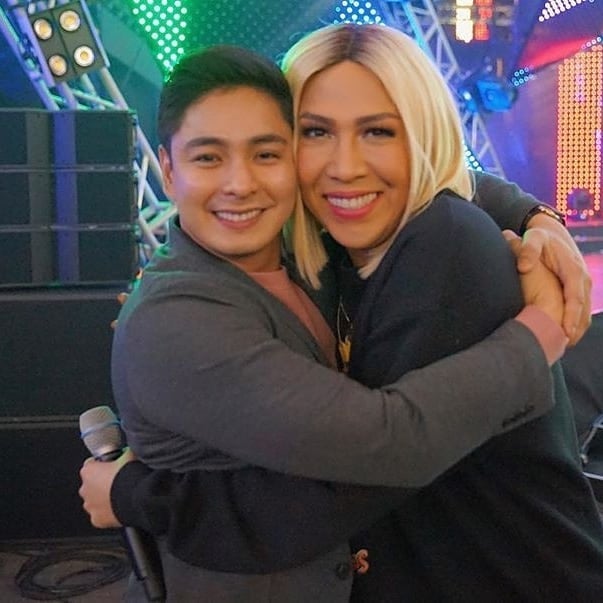 Vice Ganda has admitted that he and good friend Coco Martin had a falling-out two years ago, but that all is well now after they had a heart-to-heart talk.

“Nag-artehan kaming dalawa. We didn’t sit down and talk right away. We just kept telling common friends what we didn’t like about each other in the hope that these would reach the other party,” Vice said.

“When we finally met again, we greeted each other as if nothing was going on,” he told reporters during the grand press conference of “The Mall the Merrier,” an entry in the 2019 Metro Manila Film Festival (MMFF), which will run for two weeks starting Christmas Day.

The two stars were supposed to make a sequel for their action-comedy flick “Super Parental Guardians” for the 2017 MMFF, but they unexpectedly opted to release two different movies—Vice with “The Revengers,” and Coco with “Ang Panday.”

“I was so happy when we saw each other,” the TV host-comedian said. “The love and concern between friends were still there—it was like that when we started in this business.”

Vice then shared his last phone conversation with Coco. “He asked me if my new movie was any good, I said, ‘May laban naman.’ He then said that we both should come up with good movies; and that I should work hard to retain my top post at the MMFF each year. He also said he’s already OK being my runner-up,” Vice shared with reporters.

“Coco also asked me how I was doing, kung ’di ba ako nangangarag. I said I was OK because shooting this film had been a breeze. I said I should be the one worrying about him because not only is he busy running ‘Ang Probinsyano;’ he is also the main star of his film, as well as the director, producer, audience and even the caterer,” Vice quipped.

Vice then said he and Coco go a long way back. “I was the first person he called up to say that he would have his first teleserye in ABS-CBN. It was also Coco whom I first told the news that I was asked to host ‘It’s Showtime!’” said the comedian. “Coco said he wasn’t happy with it and that he’d pray I’d be given my own talk show, something that would replace ‘The Buzz.’ I just laughed at his comment at the time, but later, I realized that his was an answered prayer when I was given ‘Gandang Gabi Vice.’”

Asked for his reaction to the impending clash with Coco at the box-office race during the MMFF season, Vice replied: “We shouldn’t be pitted against each other. I guess it’s just how our movies are promoted by our respective supporters—they unintentionally create dispute.”

Vice said this wasn’t just for competing MMFF films, but also for the rivals of his other programs. “Take ‘Eat… Bulaga!’ for example. It’s the direct competitor of ‘It’s Showtime!’ This, however, doesn’t mean we’re enemies outside our respective shows. We should celebrate and not fight. After all, it’s Christmastime.”