Who is Ana de Armas and why is she stirring a lot of buzz? 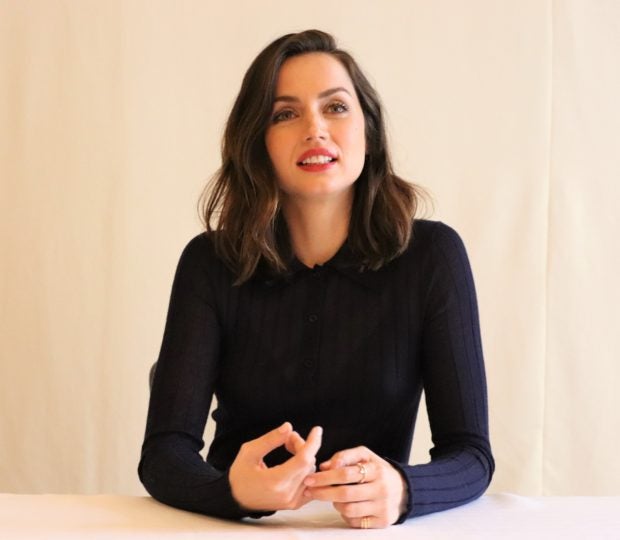 LOS ANGELES—She is the next Bond Girl. She landed the plum Marilyn Monroe role in a coming film. And early this week, she cinched her first Golden Globe best actress in a motion picture-musical or comedy nod for “Knives Out.”

Who is Ana de Armas and why is she suddenly everywhere?

The actress du jour was born in Cuba. Dreaming of becoming an actress at an early age, Ana enrolled in the National Theater School of Cuba. Ana began appearing in TV shows and films, which she continued to do when she moved to Spain at the age of 18. She has Spanish heritage on her mother’s side.

In 2014, Ana moved to Los Angeles where she scored a series of breaks, including acting opposite Keanu Reeves in “Knock Knock.” But it was her role as the Joi hologram in Denis Villeneuve’s “Blade Runner 2049” that made many sit up and take notice of the actress.

“I moved to Havana when I was 9 and studied theater. When I was growing up, I saw American actors on TV—Tom Hanks, Julia Roberts and Richard Gere. But to me, those movies were so far from my reality that they were fiction.

“Cuban TV or movies—that was my reality. So those actors were the ones I wanted to be like. I didn’t necessarily have a particular place or country that was my goal to go to. I never thought of Hollywood or Spain. I just left because I was excited to do more.

“Then, a lot of work, and learning English, which I didn’t speak very much. You were here for my first interview two years ago for ‘Blade Runner.’ I don’t know what I said (laughs).

“I still struggle with English, and it makes me nervous to speak to you.”

In a short span, Ana gets to costar with Daniel Craig, not once but twice. In the deliciously entertaining whodunnit, “Knives Out,” the newcomer anchors the film as a Latina nurse, holding her ground against a terrific cast of seasoned actors, including Daniel.

Daniel recounted to us how his Bond film director, Cary Fukunaga, told him about his plan to cast Ana in “No Time to Die.” Daniel immediately endorsed the idea, since Ana impressed him in their many scenes together in “Knives Out.”

Ana grinned about landing a part in the next 007 film. “It was actually very flattering because the character (Paloma) was not in the script,” she said. “Cary called me to say that there’s a part in the movie that takes place in Cuba. He was thinking about writing a part for me. I was blown away.

“But I also said, ‘OK, I want to read the script. You’re Cary Fukunaga and it’s James Bond, but I still want to know what I have to do.’” 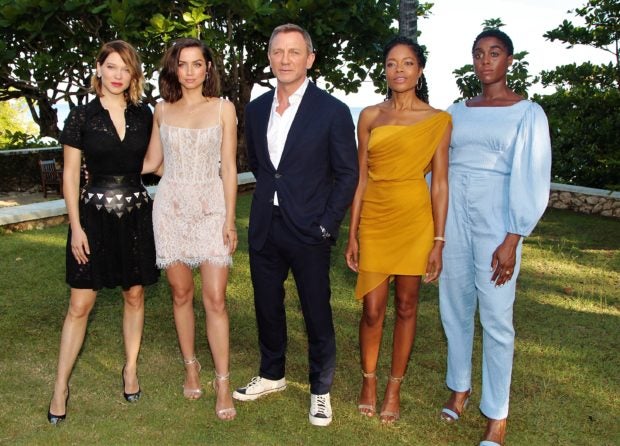 Ana shared her experience working in “No Time to Die,” supposedly Daniel’s last outing as Bond. “It was fun. You can tell this is Daniel’s fifth (Bond) film. They’re a family. And it was a good group to be a part of, especially in this time that Bond’s women characters are changing and bringing in more interesting things to the franchise. So happy I’m a part of that.”

Ana revealed that she was with Daniel in the very last scene shot for “No Time to Die.” “It was very sad,” she recounted. “I was there, and I’m proud to have been there with him in the last shot of the movie. It was a very emotional moment for all of us. It was beautiful to see how something in his life for 12 years comes to the end.

“I love Daniel. He’s relentless. It doesn’t matter how exhausted he is, how many broken bones he has in his body. He still shows up and goes to work every day. It’s just so inspiring. He’s a great mentor to me.

“‘Knives Out’ and ‘No Time to Die’ are two different projects. Being in a James Bond movie alone is scary and nerve-wracking. So, having met Daniel before (at ‘Knives Out’), it was no pressure.”

Ana next narrated how she came to play Marilyn Monroe in “Blonde,” director Andrew Dominik’s adaptation of Joyce Carol Oates’ novel of the same title.

“You never know what you will play in the future,” Ana began. “‘Knock Knock’ was a movie that I had great fun doing. I met Keanu (Reeves), and it was a great experience. But thanks to that, Andrew Dominik (director) saw me in ‘Knock Knock’ and he thought that I was going to be Marilyn Monroe in his film after 10 years of looking for a Marilyn Monroe that he never found.

“So, he sent me this script. I read it and thought it was a horror movie because it is a dark take on Marilyn’s life. It’s raw and intense. It took me a year to prepare for that, including the accent.

“I was working with a dialect coach for a whole year while doing ‘Knives Out,’ ‘Sergio,’ Olivier Assayas’ and ‘Wasp Network.’ At the end of the day, I’d go home and at 7 p.m., I would have two-hour Skype lessons with a coach to keep working on my accent. It was insane.

“It almost killed me, but it’s the most beautiful thing I’ve ever done in my life. I didn’t necessarily know much about Marilyn (Monroe) or Norma Jean, or what her work actually was like.”

On the iconic blonde actress, Ana said, “I see Marilyn so much in so many images and photos. I was fascinated very quickly by her and her life when I started doing research. It was beautiful.”

Ana is careful in her choice of projects, conscious of the stereotyping of Latina women in Hollywood. Her Marta Cabrera character in “Knives Out” is a refreshing change.

“I was proud of playing Marta because she represents a Latina. What’s being highlighted are good things and values. She represents the other side of the culture that hasn’t been put out there.

“Like, we’re usually thieves or prostitutes. The movie would not have been the same if I played a sexy nurse.”

As for her Paloma character in the eagerly awaited Bond movie, Ana hinted, “I guess I can bring something to my character, propose ideas and fight for having something smart to say. But at the end of the day, if that’s not the character, then I can’t do much about it.”

Teased about what she says of herself when she returns to the US after trips at airport immigration counters, Ana smiled and replied, “It’s so funny. Sometimes, they ask you like, ‘What are you doing here?’ I’m like, ‘I live here.’ ‘What do you do?’ ‘I’m an actor.’ ‘Oh, what have you done?’ That is the worst question you can ask an actor. I guess I won’t have to say any of that next year (after ‘No Time to Die’ is shown).”

Continuing her lucky streak, Ana has wrapped Michael Cristofer’s “The Night Clerk,” with Helen Hunt and John Leguizamo. She is now acting alongside Ben Affleck in the psychological thriller, “Deep Water.”

“‘Deep Water’ is an adaptation of the book by Patricia Highsmith,” Ana said. “I think it’s going to be the perfect movie for Adrian (Lyne) after 18 years since he did his last film. I’m excited for it. We just started. Yesterday was day three in the shoot. So, we still have a lot to go through.”

Read Next
Vice Ganda reconciles with Coco Martin after a falling-out 2 years ago
EDITORS' PICK
Get exciting deals and discounts when you download the new McDonald’s App
SM continues to send relief assistance to remote towns in Batangas
DOH warns vs eating raw meat, exotic animals amid coronavirus outbreak
‘House of Kobe’ launched in Valenzuela City hours before hoops star’s death
4 Ways Jollibee’s new store will serve a leveled-up kind of joy to Filipinos in the South
In appreciation: Kobe Bryant, a life defined by hard work
MOST READ
Kobe Bryant’s helicopter flew in fog that grounded other choppers
3 Chinese admitted to San Lazaro Hospital after showing signs of flu
College baseball coach, wife and daughter die in crash that killed Kobe
Davao City newlyweds receive P629,600 cash during ‘prosperity dance’
Don't miss out on the latest news and information.