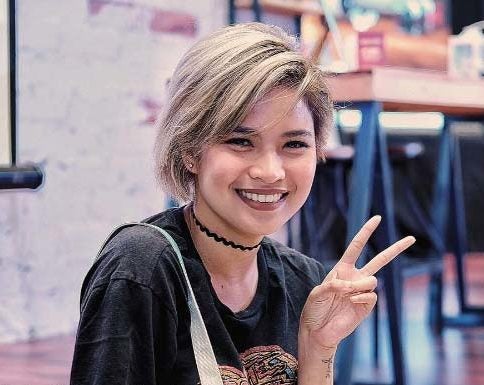 It’s a dry run of sorts—that’s our thinking,” Louise delos Reyes said of her decision to live in with her non-show biz boyfriend.

The couple moved in together under one roof about a year ago. “We have to prove that we can do it. We’re both working hard, so that we don’t end up asking for help, money for rent, etc.,” she told reporters at a press conference for her Dec. 11 romantic drama film, “My Bakit List.”

Louise added that their setup is more practical because they get to split living expenses. Because she comes from a “traditional family,” her mother—who passed away six months ago—had initial misgivings about the concept of living in.

“But she soon realized that I have my own life and that I’m working hard on it,” said the 27-year-old actress, who’s not worried about the possibility that she and her architect partner could end up “growing tired of each other.”

“I have time for myself and he has his own, too. I just let him enjoy his life,” stressed Louise, who’s not the jealous type. “No matter how strict you are, if a man wants to fool around, he will fool around.”

Asked if she’s worried about what people may say or think about her decision, Louise jestingly referenced Nadine Lustre’s famous retort, when the latter was asked if she and James Reid were already living together: “Come on, guys, it’s 2019!”

“People will have something to say no matter what,” she said.

Still, Louise said she believes in marriage. “I don’t want to have a baby before getting married.”—ALLAN POLICARPIO