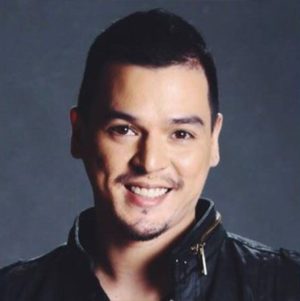 Actor Mico Palanca passed away on Monday, but with the cause of death still undetermined. He was 41.

Mico’s family, through his talent manager June Rufino, sent a statement to Inquirer Entertainment confirming his death. However, the Palancas did not give details related to the actor’s death, as well as to his eventual wake and burial.

“We are extremely saddened by the sudden passing of our beloved brother,” the statement said. “The whole family is grateful for the incredible outpouring of love and support that has been coming in today.”

Mico’s siblings Pita, Lisa, Bernard, Erika, Martin and Santi requested for “privacy as we go through this very difficult time. Again, we appreciate all the love and support.”

While the family opted to keep mum about his passing, social media sites are abuzz with posts saying the actor reportedly died due to suicide. Mico allegedly jumped off a building at a residential area in San Juan.

Depression is reportedly being considered as the reason Mico opted to end his life. Other reports said love problems could have further aggravated his condition. Netizens even went as far as creating hashtags related to the issue like #depressionkills, #fightagainstdepression and #depressionisnotajoke.

Mico’s sister Erika on Tuesday posted on Instagram a message to her brother: “I love you. I didn’t say it enough, but I did… I’m so glad I got to tell you how much I looked up to you growing up. Thank you, Kuya.”

Younger brother Martin said he was “already missing you, Kuya. Wish you didn’t go so soon. Rest easy now. I love you.”

The Film Academy of the Philippines was the first to extend its condolences to Mico’s family via a post on its Facebook account on Monday night. This was followed by an Instagram entry from Miko’s former handler from Star Magic, Monch Novales.

Mico was last seen in the drama series “Nang Ngumiti ang Langit” (2019) and the action-adventure program “FPJ’s Ang Probinsyano” (2016), both on ABS-CBN.

Mico is the younger brother of actor Bernard Palanca, while his maternal grandfather is Armando Goyena. He started working in show biz in 2000 via the teen drama “Tabing Ilog.” From 2004 to 2005, he was in “It Might Be You” along with Bea Alonzo, whom he dated for five years.