SEOUL—Michael Bay, the man behind such box-office behemoths as “Bad Boys,” “The Rock,” “Armageddon” and the “Transformers” franchise, doesn’t suffer fools gladly. When you cross paths with him, you know he’s in charge.

So, you can imagine how thrilled we were when we entered the room assigned for this exclusive on-cam interview at the Four Seasons with Mr. Bay to talk about Netflix’s action flick “6 Underground” last week, and he looked at us as if he recognized us from somewhere.

In fact, we met Bay, along with Shia LaBeouf, Megan Fox and Josh Duhamel, 12 years ago in Tokyo during the Asian promo blitz of “Transformers.” He directed the Ryan Reynolds starrer that begins streaming on Netflix tomorrow.

“What memory, huh?” he laughed as he warmly shook our hand just before we sat in front of the cameras.

Yes, we were “thrilled” because the Inquirer was one of only five outlets in Asia (the others were from Australia, India, Taiwan and Japan)—and the only one from Southeast Asia—invited to interview the 54-year-old director. Out of the 32 journalists present at “6 Underground’s” “green carpet” premiere, nine were from the Philippines.

Bay was courteous but decisive with his answers—he doesn’t like sugar-coating his replies with bland niceties. What struck us even more was that despite his “tough guy” rep as a director, he was actually easy to deal with in front of the cameras. “Do you want me to face this way or that way?” he politely asked the Korean crew recording our one-on-one chat.

But make no mistake—Bay knows when to put his foot down.

During the interview, for instance, while we were both enjoying our scheduled chat with each other, we were “occasionally” distracted by a production assistant who kept reminding us of the time limit.

After some time, Bay just told us to continue, “You can keep going,” he said with a smile. “(To the PA) They get nervous when they hold the minute card.” Whoa, what a guy!

This probably explains why Bay’s unapologetic vision for his films is as clear as night and day—you either love it or hate it.

The two-hour film follows six individuals, played by Ryan Reynolds, Melanie Laurent, Manuel Garcia-Rulfo, Ben Hardy, Adria Arjona and Dave Franco (and, later, Corey Hawkins), who want to “delete their past to change the future.” These skilled “heroes with no superpowers” work underground to get to their target.

To join a billionaire-backed group of vigilantes that aims to get rid of the bad guys in the world, each member is first tasked to “leave everything behind” by staging a “very public” death for all the world to see.

But the sextet’s goon-slaying mettle are truly put to the test when they go after a bratty dictator who isn’t as easy to pin down.

To be honest, the film has loose ends that need tying up, but it proves beyond the shadow of a doubt that, where explosive action is concerned, Bay is second to none. Indeed, nobody knows the language of the genre the way he does. In “6 Underground,” edge-of-your-seat adventure is exactly what viewers get.

Moreover, his skill at stringing elaborate action-set pieces or at spinning adrenaline-pumped tales has not gone unnoticed.

Steven Spielberg was once quoted as saying that Bay has “the best eye for visual storytelling” and, just by watching how complicated scenes in the movie unfold and how beautiful each location (including the production’s globe-trotting stops in Florence, Siena, Rome, Abu Dhabi and Budapest) is photographed, you know that his observation is spot-on.

Asked if Spielberg’s coveted compliment puts a lot of pressure on him, Bay quipped, laughing, “I love pressure—I love it! I’m friends with Steven. Do you know that he offered me my very first movie, but I didn’t do it. Yeah, he knew me way back when I was 24. He’s been my producer many times.”

In the film, the group is tasked to help a fictional country get rid of an overstaying dictator. We asked Bay if it is a political statement from him. Or were we just “overreading” it? “You’re just overreading it,” he pointed out. “It’s not a political statement. I don’t make political movies, unless it’s a true story. ‘6 Underground’ is just a fun action movie. It’s basically the way a wish-fulfillment film works.

“You have Twitter in the Philippines? OK, there are Twitter couch warriors out there who want to be activists—they want to do something good for the world. They sit watching their big-ass TV tweeting about [the issues they see]. So, there’s wish fulfillment there. [In this film,] there’s a different type of bad guy. You don’t see him do bad things; he just orders [people around].” 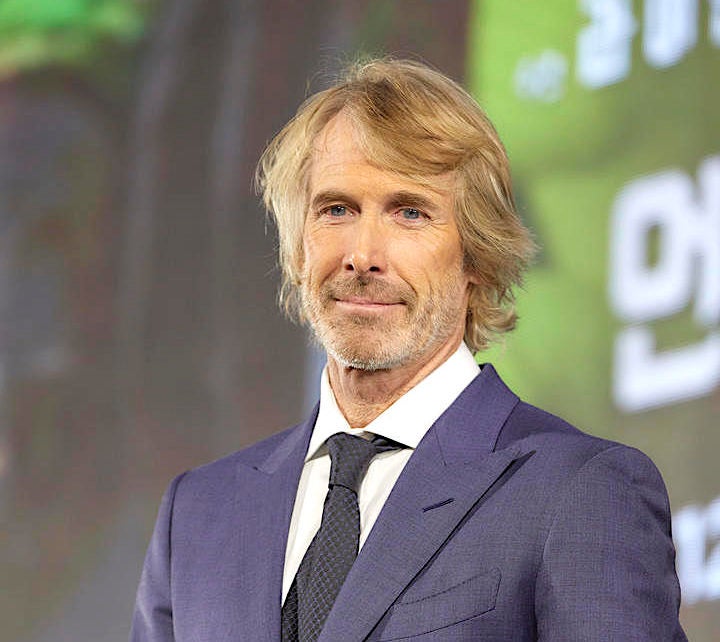 It didn’t hurt that Bay had the fabulous Ryan Reynolds around to help him execute his ideas. We told the director how the actor’s strong presence and potent sense of humor helped keep the tediousness of nonstop action at bay.

“Ryan was a total pro,” he said. “He knows where he excels. He’s great at improvs. I love working with actors who can improvise. He gets my sense of humor, and I got his. There’s a character [in the film] called No. 3 (Manuel), who’s very funny in the movie. He’s not normally funny in person, but Ryan and I kept giving him stuff [to do] to capitalize on something we initially didn’t know he could do and was great at.”

According to Bay, his films up the action ante when he adds complications to the action scenes involving his actors. “This is how you get the best stuff—they aren’t as good, unless [the action] revolves around the characters. That’s when a lot of the stuff looks real.”

When we noted his dislike for the use of green screen in films, he said, “No, I don’t [like green screen]. We did about 2,000 stunts in this this film.”

His action scenes get bigger and more spectacular in every film he does—from the car chases in “The Rock” to the Russian refueling space-station action in “Armageddon.” Why does he need to keep topping himself?

“The car chases in ‘6 Underground are far better than those in ‘The Rock,’” he replied. “This one is a lot of fun because it’s a different kind of car chase—it’s very long, right in the beginning of the movie! Viewers go, ‘What the heck is going on?’ I like that you aren’t figuring it out for a bit…like for the first 20 minutes. And that’s good. Let the movie unfurl.

“That’s the whole gimmick of this movie, and that’s what the writers specifically wanted. You know how movies are these days—after the first five minutes, you know exactly what’s going to happen in the end. Here, you have no idea!” he said.

Does he tell his actors what to expect in the action scene they’re shooting?

“Well, they read the script, so they know [what to expect] beforehand…but not the execution of the scenes per se. They would come to the set every day, and I will make up some situations or come up with new ideas on the spot. I kind of don’t want them to know everything because it’s a way of getting fresh responses from them,” Bay explained.