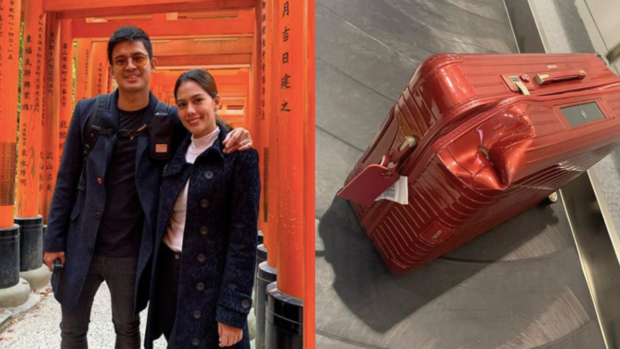 Jason Abalos and girlfriend Vickie Rushton expressed their dismay over an airline’s slow response about their damaged luggage.

The beauty queen pointed out that the luggage was damaged on Nov. 30, and that Philippine Airlines (PAL) said it would contact her within seven days.

Rushton’s suitcase sustained an evident dent on one of its corners, as seen in her Instagram post yesterday, Dec. 8.

She also revealed that one of her suitcases went missing before, and stressed how the recently-damaged one even had a “fragile” sticker on it.

INQUIRER.net has reached out to PAL for its side on the matter. The airline company has not yet replied as of writing.

Rushton had called the airline numerous times but to no avail. She stressed that she had to ask for two new numbers to contact because when she tried to call the airline regarding her lost luggage last month, no one assisted her.

The beauty queen reiterated her frustration over the airline’s slow response after stating how they only forwarded her concern to the office when she messaged them on Facebook.

She then appealed to the airline to “do something” and to not just apologize. Meanwhile, Abalos also took to his Instagram page on the same day to call the attention of the said airline.

(What do you want us to do? Just let this go? Hopefully not because we bought that luggage.)

(We take care [of the luggage]. What if we board an airplane and we break [things]. What would you feel?)

Moments after, the said airline reached out to Rushton via her Instagram page. It apologized for her damaged luggage and stated that it has coordinated with the concerned team. 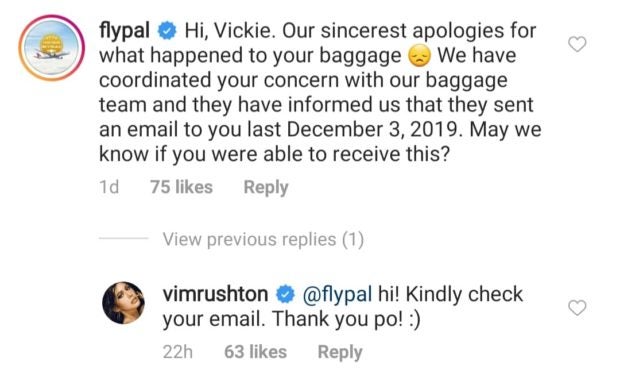 Rushton later stated that she and Abalos have already received an email from the airline regarding their damaged luggage. JB