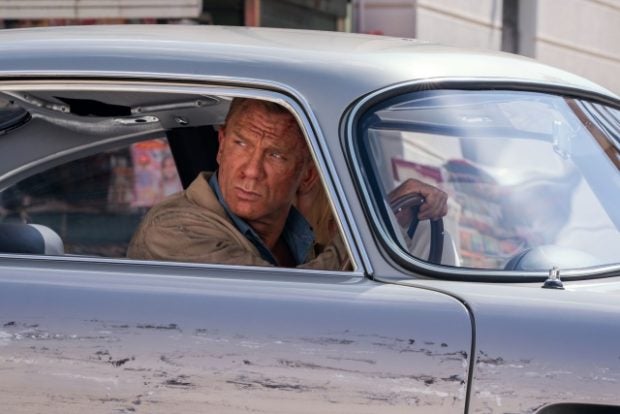 Car chases, machine gun fire and love interest: fans of James Bond on Wednesday got their first taste of the upcoming film featuring the fictional British superspy, “No Time To Die”.

A trailer on the official 007 Twitter account shows sharp-suited Bond, played by British actor Daniel Craig, evading capture in his Aston Martin sports car and jumping off a viaduct.

Making a return alongside the suave secret agent is actress Lea Seydoux, whose character Madeleine Swann provided the obligatory love interest in the last film, “Spectre” (2015).

“Why would I betray you?” she asks Bond as they hurtle through narrow streets at breakneck speed while being shot at.

“We all have our secrets,” Bond replies. “We just didn’t get to yours yet.”

The 25th installment of the British spy saga, due out in April, sees Bond drawn out of retirement in Jamaica by his old friend and CIA agent Felix Leiter.

He is asked to embark on a treacherous mission to rescue a kidnapped scientist, according to Universal Pictures.

Rami Malek, who won a best actor Oscar for his depiction of Queen frontman Freddie Mercury in “Bohemian Rhapsody”, plays the villain in the long-awaited movie.

Craig, 51, who had to undergo minor ankle surgery after an injury on set, is expected to bow out after eight years as agent 007.

The trailer introduces a new rivalry between the aging Bond and a new spy, played by British actress Lashana Lynch.

British actress and writer Phoebe Waller-Bridge (“Fleabag”) was involved in the script to help improve the portrayal of women, after repeated claims of misogyny and sexism. NVG