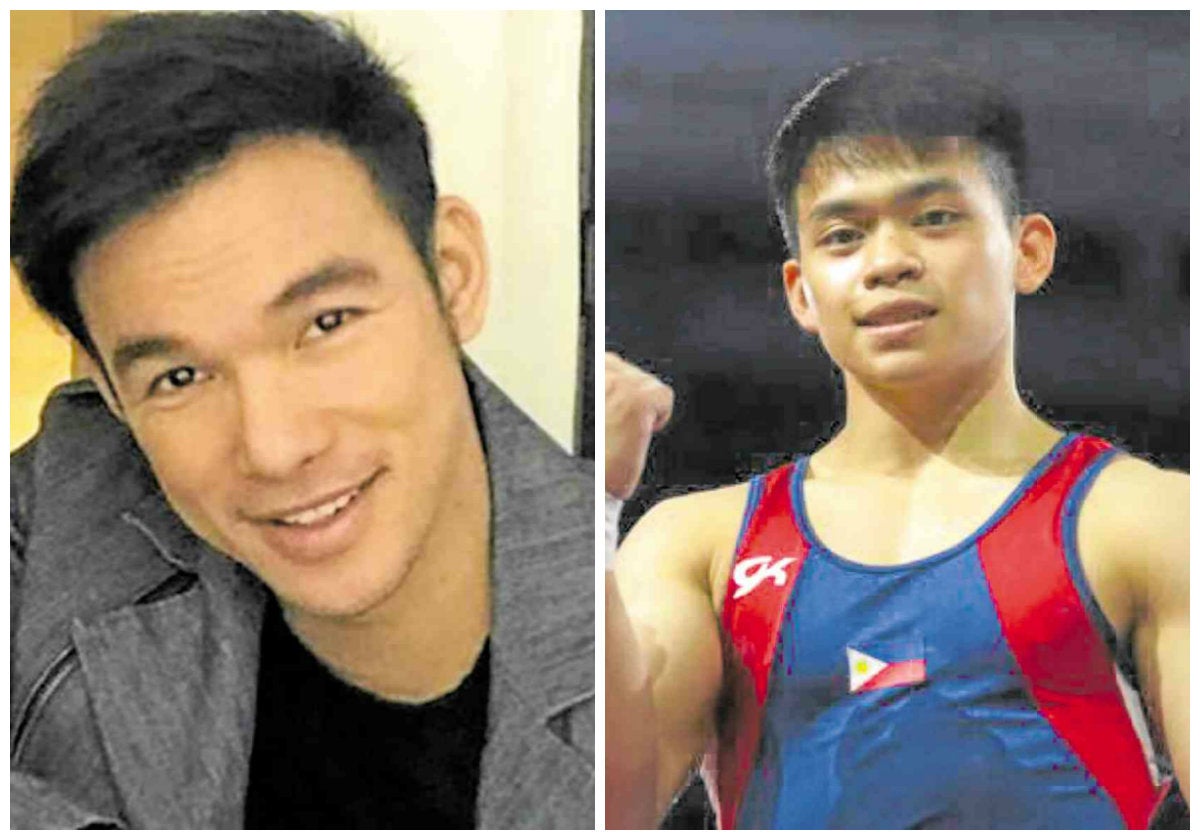 I won’t be surprised if gold-medalist gymnast Carlos Yulo will eventually join show biz. Aside from athletic wizardry, his boyish charms are also swoon-worthy. In fact, the new golden boy of Philippine sports already got his first taste of show biz intrigues.

After Carlos’ victory in the 2019 SEA Games, Mark Bautista sent him a direct message on Twitter to congratulate him. Carlos posted the screenshot of Mark’s greeting with this caption: OMG! I’m shocked. He messaged me and followed me, as well.

Mark also posted a video on his Instagram of the winning acrobatic act of Carlos. Since Mark has admitted that he’s bisexual, some netizens put malice into the singer’s accolades for the star gymnast. It seems they want to beat Carlos in “jumping skills” with the way they jump to conclusions.

Carlos clarified the matter via his tweet, which goes: @c_edrielzxs: “It saddens me to see tweets about @iammarkbautista because of my tweet out of excitement. Kindness, message of encouragement and appreciation [are] not signs of flirting. Let’s focus on #SeaGames2019 and winning as one”

Yulo is truly living up to his generation’s #yolo.

I asked Mark for his reaction to the issue. He replied, “Huwag na lang, baka ’di na matapos ang issue. Sorry, for now, pass muna ako Ms Dolly. But thank you so much for always being there. Really appreciate it.”

Funny how some narrow-minded people insist that Mark’s admiration for the talent of Carlos is “disguised attraction.” Why can’t they just appreciate it when stars like Mark have no “kyeme” (as we say in show biz parlance) in letting the “fanboy” in them show?

Chris Ross on being part of national team

In our basketball-crazy country, all eyes are on Gilas Pilipinas in the SEA Games. PBA star cager Chris Ross of San Miguel Beermen (SMB) is ecstatic about his first stint as a new member of the national team. SMB’s MVP (most valuable player) and the rest of Gilas will give it their all for our “MVP” … Most Valuable Philippines.

Here’s my chat with Chris :

How does it feel to finally be part of the national team? It’s a dream come true for me. I’ve always wanted to be a part of the program. For it to come true here at home is a blessing.

What excites and makes you nervous about the SEA games? It’s the same answer for both. Playing for the country and in front of our countrymen.

What’s it like to be the idol of UAAP Finals MVP Fran Yu of Letran Knights? It caught me by surprise. Such a big game for him. After the championship, I told Fran I wanted to have one of his jerseys.

If Santa Claus would ask you, what’s the nicest and naughtiest thing you did this year? The nicest thing: Donating to an elementary school to buy new books every month for every kid in the class.

The naughtiest thing: Not telling my family in the States that I’m coming home for the holidays.

If you join show biz, who would you want to be your leading lady? KC Concepcion, in a movie about giving back to the less fortunate.

Aside from basketball, what do you wish you could be good at? Playing the piano and guitar.

What do you plan to do after retiring from PBA? To venture into coaching. It would be great to teach the game that I love and also instill good habits into young men to make them better people off the court.

What has fame taught you? It comes and goes. Don’t let it make you a different person. Stay true to yourself.

PERSONAL: Congrats to the former president and chair of the Filipino Inventors Society Inc. Guillermo Chua for bagging second place in the Invention Category for his “Air Spoiler for Pick-up Trucks” at the National Inventors Week 2019. Quite a feat for an 81-year-old Letranite.