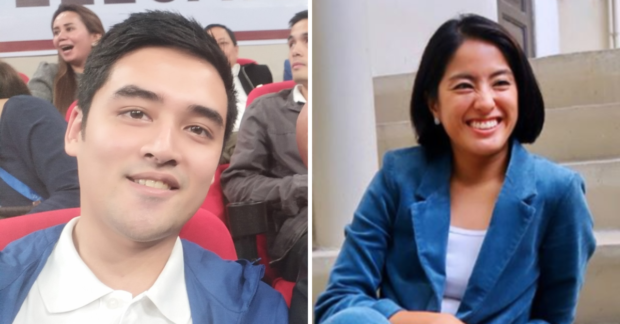 Pasig City Mayor Vico Sotto’s love life has remained of interest even after saying he has no time for romance given the demands of running a city.

Pictures of Sotto and TV host Gretchen Ho seated together while watching the women’s volleyball game last night, Dec. 3 have been making the rounds on social media. While they cheered on the Philippine team against Vietnam at the PhilSports Arena in Pasig, they were cheered online by their own fans.

UAAP fan account @UAAPconfessions shared a picture of them watching the game intently and said, “‘Okay, hear me out. Gretchen Ho and Vico Sotto. That’s it. That’s my point.’”

"Okay, hear me out. Gretchen Ho and Vico Sotto. That's it. That's my point 😂" pic.twitter.com/VrnQ80ZPuJ

Another “ship” name: “SoHo”, was suggested by Twitter user @_meowna, who recommended that their child be named “Jessica”, after the GMA Network broadcast journalist.

“We are not going to sit here and ignore these images. Paki explain (please explain) mayora @gretchenho,” it quipped.

We are not going to sit here and ignore these images. Paki explain mayora, @gretchenho. 🤣

Give this duo a nickname. 🥰 pic.twitter.com/IPUIlDxCXl

The two apparently distracted some who were watching the game, such as Twitter user @TheHungryRND who posted a video of them chatting. She said she could not focus on the match out of “kilig” for them.

Besides Ho, Sotto watched the game with Ormoc City mayor Richard Gomez and Pasig City councilor Yoyong Martires, both of whom were national athletes.

Both Sotto and Ho have yet to comment on people shipping them. The Pasig City mayor has previously shunned news about his love life, stating last August, “It is definitely not newsworthy.” JB