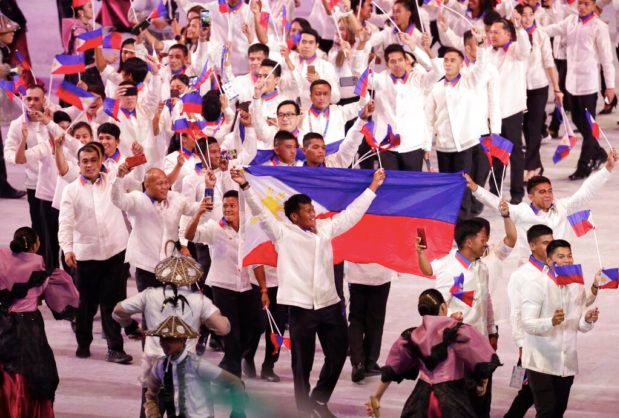 Celebrities tipped their hats to the opening ceremony of the 30th Southeast Asian (SEA) Games at the Philippine Arena which was held last Saturday, Nov. 30.

Some congratulated the organizers for the execution of the event, while others swelled with pride when our team took centerstage.

The opening ceremony of the sea games looked amazing!!! Yay!!! 🥰

“Mr. Pure Energy” Gary Valenciano claimed he could not help but feel pride when he saw our team and athletes yesterday, Nov. 30.

Even the former “Darna” actress Angel Locsin gave the ceremony her stamp of approval today.

Musician Jim Paredes, despite not being able to watch the show live, also congratulated the people responsible for the event.

Congrats sa opening ng SEAG 2019.
Could not watch cuz we had a show. Watching clips now on my phone.
What a grand show. Congrats to the organizers and artists. Ok athletes
Do your best. Mabuhay tayong lahat! Go Philippines