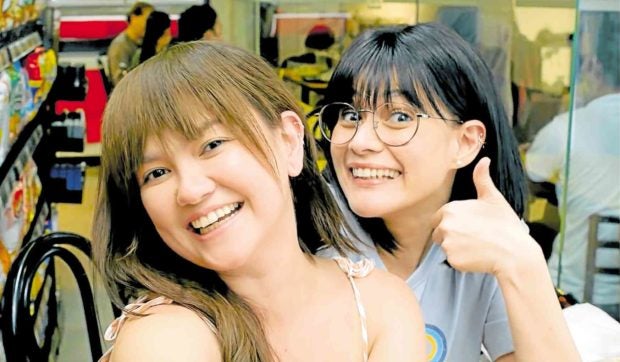 Mae Cruz Alviar’s “Unbreakable” ticks off an important item on our wish list.

In fact, we have spilled a lot of ink extolling Bea Alonzo and Angelica Panganiban’s exceptional gifts as the finest actresses of their generation. So it was a thrill for us to learn about Star Cinema’s brilliant idea to finally come up with a project for the actresses to collaborate on.

The fact that “Unbreakable” isn’t the memorable film we hoped it would be only underscores Bea and Angelica’s strong presence and stellar viewability.

The film gets off to a brisk start, but as soon as it establishes the friendship forged by the trials and tribulations of attention-seeker Deena Yambao (Angelica) and problem solver Mariel Salvador (Bea), it begins to grasp at straws as it meanders, then sputters into the exhausting convolutions of its tortuous tale.

As we were making our way out of the theater, we overheard a millennial expressing utter bemusement for the film, “Parang nanood lang tayo ng isang buong series sa Netflix compressed into a two-hour drama”—a spot-on observation, actually.

In a nutshell, Deena and Mariel are made to run the gamut of “dramedic” moments as they go through the pain of heartbreak, self-discovery, recovery and back again.

Deena often finds herself chasing men who can’t stand her insatiable need for attention, but is forced to reevaluate her life as a nurse in far-off Norway after a series of calamitous romantic mishaps.

Their relationship is put to the test after Mariel meets eligible bachelor Justin Saavedra (Richard Gutierrez), a recovering alcoholic who’s expected to measure up to the business skills of his older brother Bene (Ian Veneracion).

But Mariel and Justin’s “happily ever after” hits a snag when Justin and Bene’s “matapobre” mom Helen (Gloria) makes her aversion to her “gold-digging” daughter-in-law known to everyone who cares to listen.

Things take a turn for the worse when Deena comes home, falls in love with Bene, and becomes Helen’s favorite daughter-in-law! If you think these are the only problems Mariel needs to surmount, you have another thing coming.

Brace yourself: The rest of the untold story includes a life-threatening illness, infidelity, alcoholism, depression, unwanted pregnancy and a story-twisting plane crash.

The movie throws in everything at Mariel and Deena, including the kitchen sink, the bathtub and even the swimming pool. So, Bea and Angelica need all the strength and stamina they can get to hurdle all the aforementioned upheavals.

Don’t get us wrong. The movie has a lot of must-see moments for acting aficionados because Bea and Angelica aren’t the only ones doing all the thespic heavy-lifting.

They are surrounded by convincing supporting actors who give the story a measure of believability—from the teeth-gritting nastiness of Gloria Diaz and Rossana Roces’ feisty spurts of maternal concern, to the contrasting eye-candy appeal of Richard and Ian.

That being said, the film is worth a look because it demonstrates how Bea and Angelica manage to strip the film of its melodramatic excesses and get the audience to just focus on their performances.

Angelica, by a nose—and not because Bea doesn’t work hard enough.

While Bea limns her character’s traits, troubles and quirks to thoughtful perfection, she is ultimately weighed down by a static character who always ends up basking in her BFF’s reflected glory.

It’s hard to appreciate Mariel’s laid-back appeal when it has to compete with Deena’s spitfire personality and scene-stealing energy for viewers’ attention. A more vain actress would not have agreed to get cast in such a passive role—a testament to Bea’s maturity as a performer.

Angelica doesn’t just get the more challenging character to essay, she also runs away with it—which comes as no surprise, especially after her career-boosting “dramedic” turns in “That Thing Called Tadhana,” “Beauty in a Bottle” and “Exes Baggage.”

Even when Deena becomes insensitive to her friend’s emotional needs, Angelica conveys palpable emotions that are too relatable to ignore. Her impish wit and unpredictability make her character perpetually watchable. Moreover, she can be funny even when she cries.

Bea, on the other hand, is served well by her consistency, maturity and heart-on-sleeve sincerity—qualities that continue to serve her well not just as an actress, but also as her generation’s movie queen.

For Bea, it’s no mean feat to hold her own against a costar with a “showier” role because, as a general rule, lead actors who are cast in “mabait” characters sometimes get compromised by their inherent blandness.

In “Unbreakable’s” case, the problem isn’t the film’s well-meaning intent or its lead actresses’ portrayals, it is the script.

If Bea and Angelica weren’t as good as they are, they would have been easily drowned out by the production’s telenovela-like twists, as well as the exhausting schmaltz they’re tasked to “sell.”