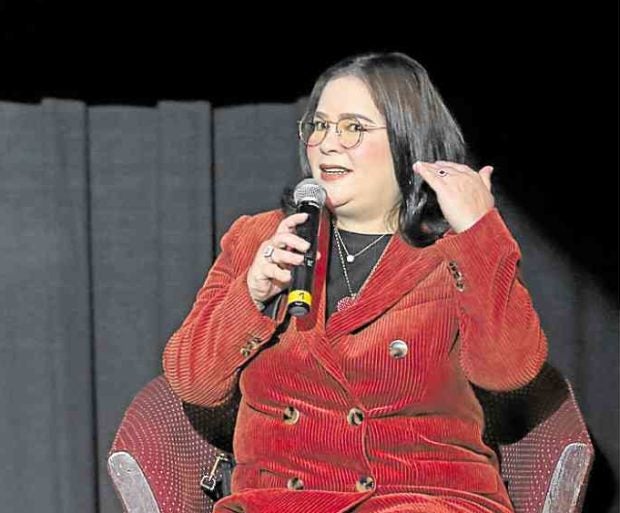 If Jaclyn Jose were to give an advice to filmmakers and actors competing in film festivals abroad, it would be this: “Write down a speech before you fly out.”

She learned this the hard way when she became the first-ever Filipino actor to win an acting award at the Cannes Film Festival in 2016. “I don’t really prepare a speech when I get nominated… Kung ano na lang pumasok sa isip ko, ’yun na lang,” she said in an interview portion at the recent 10th Inquirer Indie Bravo! Awards, where she was a special guest.

After all, she’s no stranger to acting trophies—Urian, Famas, etc. But Cannes, she realized later on, was a completely different story.

“It felt like my soul left my body. And I stayed on my seat after my name was called. That’s why random things were coming out of my mouth,” recalled Jaclyn, who was hailed best actress for her performance in Brillante Ma Mendoza’s “Ma’ Rosa.”

“I didn’t see anything, I didn’t hear anything. In my mind, I was asking Andi (Eigenmann, her daughter) for help,” she said.

“Luckily, there’s YouTube where I can watch and relive what really happened at that moment,” she quipped.

If she could redo her acceptance speech, the 55-year-old actress said she would have thanked family members she failed to mention.

“But acknowledging the Filipinos was automatic. When you go out of the country, you feel like you’re representing the Philippines—that always runs through your head,” she pointed out.

“And I was just so thankful,” Jaclyn added. “I wanted to kneel before the jury!”

Aside from the win itself, walking the red carpet at Cannes, Jaclyn related, was another highlight.

“It will stay in my heart and mind forever. One of the most beautiful experiences I have had,” she said. “The camera’s flashes from paparazzi … all you see are lights … like you’re in heaven. It’s one of my favorite moments.”

While writing a speech prior to the awards night may come off as assuming, the idea isn’t exactly unfounded. “We’re good at filmmaking. We were already there back in the 1960s, ’70s. Directing, acting, scriptwriting—whatever category—other nations get nervous,” she said. “They know we’re good. So let’s continue improving and showing that to the rest of the world.”

After winning at Cannes, Jaclyn felt, in a way, that she has done her job as an actress. “‘Quota na ’ko,’ I told myself. OK na. Even if I don’t win another award, I would be fine,” she said. “I felt like the award raised my level.”

Still, Jaclyn will continue to work, she vowed, as long as there are good offers—may it be television work or an indie movie. “I won’t stop doing what I have already started,” the seasoned thespian said.

She admitted that box-office success still matters, especially for the producers. But ultimately, it all boils down to the quality of the projects. “What’s important is my acting, the script, the director… I will do it as long as it’s good,” she said, adding that she’s all about “longevity.”