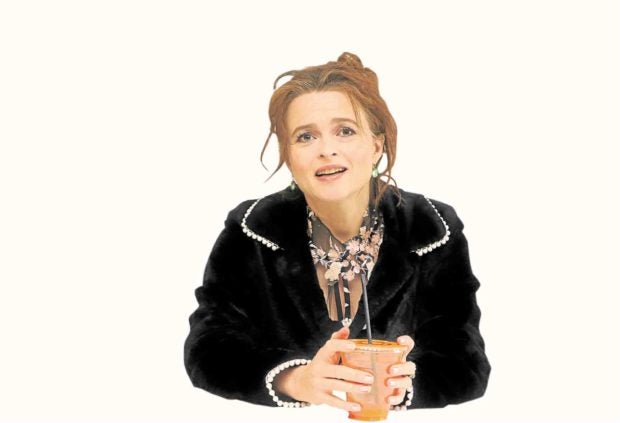 LOS ANGELES—Helena Bonham Carter, who plays Princess Margaret in “The Crown,” once went on a sleepover at the Windsor Castle.

Among the other guests were Helena’s then husband, director Tim Burton, Daniel Craig and Rachel Weisz.

And Helena once asked Prince Harry if he could be a godfather to her newborn then, her daughter Nell Burton.

Helena shared these interesting bits about the royal family and more in our recent interview.

Excerpts from our chat with Helena:

Peter Morgan wrote such a brilliant script. But how much of Princess Margaret’s evening at the White House dinner with President Lyndon B. Johnson was true? Look, there’s a lot that is conjecture (laughs). She definitely went to the White House and met LBJ.

Whether she said her dirty limericks (laughs) and whether she sang and behaved quite as freely as she did, I don’t know.

There’s probably very little evidence, but “The Crown” is a drama. There’s a lot that’s based on facts and then there’s a lot of conjecture.

My objective when I started was, I wanted to try and get to know the real her, rather than what everybody wanted to think of her. A lot of people really love to dislike her.

I read the biographies. I read the Craig Brown book (“Ninety-Nine Glimpses of Princess Margaret”), but that was basically more gossip. But, again, it was negative.

So I went to Margaret’s friends. Close friends of which she had many who were happy to talk to me about her and go down memory lane…

They taught me about her humor, intelligence and how brilliant and generous she was with Anne Glenconner, who’s just written a book (“Lady in Waiting”) which I really recommend.

Margaret was incredibly compassionate when Henry, her son, got AIDS in the early ‘80s.

She had a genuinely good heart and quite remarkable really.

In what ways are you similar or different from Princess Margaret? I didn’t have the same upbringing at all. I was allowed to do what I chose to do.

There was a lot that she was not given the freedom that I was given. I am not terribly English, either. My mother’s half-French, half-Spanish.

But what she has given me as a character… is the ability to say no.

When we visited you on the set, you said that you had spoken to Princess Margaret’s spirit. Have you contacted her spirit since then? No, she hasn’t come through. I haven’t contacted her. I’ll say that it wasn’t like I deliberately went to [contact her spirit]. But she just happened to apparently pop up.

She was teasing, ambivalent, bossy… She said remember it’s as much a weapon for expression—the smoking and the [cigarette] holder as it is the smoking in itself.

Princess Margaret was the second-born child like Prince Harry. How much has changed for second-born in the royal family? A lot has changed. First of all, he [Prince Harry] was allowed to marry a divorced person [Meghan Markle].

Mind you, Margaret was amazing. She married Tony Armstrong Jones, who was apparently common. He didn’t come from the aristocracy.

Wallis Simpson was American, and she was a divorcee, too, so they’re afforded a lot more freedom.

You grew up in a privileged household yourself. Well, compared to the rest, 99 percent of the world, yes.

Did you have a personal connection to Princess Margaret and Queen Elizabeth II? I did not have such a personal [connection]. No. I met Margaret twice in my life. I certainly didn’t grow up with them.

When I was little, I’d go to Windsor and there was Princess Margaret in the room. It was like, “Oh my God.”

Then, cut to when I was about 30, I met Margaret at Windsor when it had been restored. I approached her. She did say, “You are getting better, Helena, at acting.”

I said, “Oh, thank you.” She implied that I’d been dreadful to start with (laughs).

Did you have a personal interaction with other members of the royal family? The Queen. I got a medal. I went for a sleepover (laughs).

What kind of sleepover? They actually call them sleepovers. The Queen had about 10 people [for sleepovers]. It was when I was with Tim (Burton), about six years ago. We went. Daniel Craig was there with Rachel (Weisz). And the Brazilian ambassador.

I was in the Prince Charles Suite. It was a thrill.

The Queen was in full [regalia]. We had to dress up. She was wearing a tiara. I sat next to the Duke of Edinburgh. He was very mischievous. 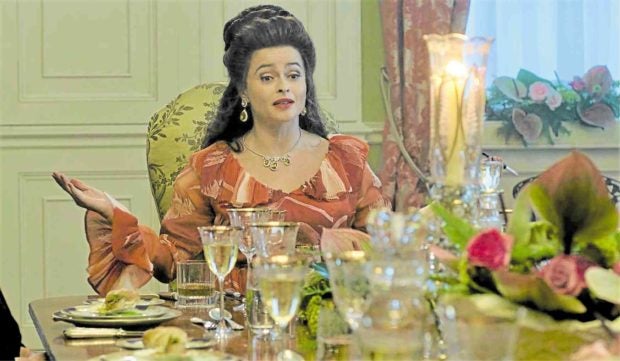 Carter as Princess Margaret in “The Crown” —NETFLIX

We went on a full tour of Windsor. They were very proud because it had burned down, so this was the restoration.

Each person had something special [item] selected from their collection.

I had something that was in “The King’s Speech.” The real letter of Lionel Logue (played by Geoffrey Rush), the man who cured the stammer of King George VI. It was his letter to the Queen Mother. The real Lionel Logue died at 56.

Have you met any of the younger royals? Oh, I’ve met Harry and William. I got very drunk once on Mustique (in Saint Vincent and the Grenadines) years ago. Not that drunk, but I had just had a child—my daughter (Nell Burton). I asked William to be the godfather and everyone was going, “Oh, no (laughs).”

William said, “You don’t want me to be the godfather.” I said, “Oh, honestly, Billy (Burton), my son, he has 11 godparents. Now, we’ve got Nell and she has not much [potential godfathers left] (laughs).” William was really sweet.

The press has not been kind to Meghan Markle. What advice would you give her? Don’t read it. It doesn’t matter. Don’t ever put your self-esteem in the hands of people who don’t know you.

Can you talk about working with Olivia Colman, because the two of you seem to have a great connection? Yeah, we have. I love her. It’s so easy. We’re both very different, but we’re very good at being ourselves. We’re very straightforward and she’s a really good laugh. She’s a phenomenon because I don’t quite know how she gets there, given that she doesn’t really do the research.

I think she has an amazing concentration. She looks at the scene, then she learns it (laughs).

She has extraordinary stamina. She larks around. She’s got the mixture of being a very tough, straight talker, no nonsense and yet highly vulnerable.

Do you talk about playing sisters? No, we don’t. Honestly with Olivia, you don’t discuss anything. We just do it. We genuinely love each other.