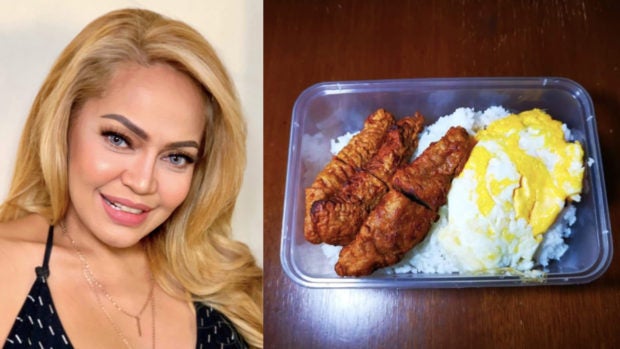 Comedienne Ethel Booba corrected her former post about the “kiksilog” (kikiam, egg and fried rice) meal allegedly served by a hotel hosting the members of the Philippine women’s football team. The team is competing in the Southeast Asian (SEA) Games.

“As per Whitewoods Convention & Leisure Hotel, chicken sausages were in their menu and not kikiam contrary to what Philippine coaches said,” Booba wrote on her Twitter page today, Nov. 27.

As per Whitewoods Convention & Leisure Hotel, chicken sausages were in their menu and not kikiam contrary to what Philippine coaches said. Charot! https://t.co/irHvEgZPMi

Booba earlier took a jab at the SEA Games organizers after the issue that the women’s football team was served “kikiam” and egg for breakfast went viral, last Monday, Nov. 25. She recommended that the SEA Games change its name to “C Games,” with “C” standing for “corruption.”

The management of Whitewoods Convention and Leisure Hotel wrote a letter addressed to the SEA Games Team Philippines chef de mission William Ramirez on Nov. 25, claiming that the “kikiam” served to the athletes were in fact chicken sausage.

The hotel’s president, Edgardo Capulong, expressed regret that the concerned athlete did not directly go to them to address the situation.

“We never serve Kikiam because we do not have it and it is not in our menu,” the letter stated. They said that their food servings are generous, and that they also have an open buffet service with an egg omelet station.

Meanwhile, Booba applauded recent efforts made by other SEA Games venues to improve their services, as stated on her Twitter post today.

(If it was not pointed out in social media maybe they will think it is okay to feed the SEA Games athletes with kikiam.) JB