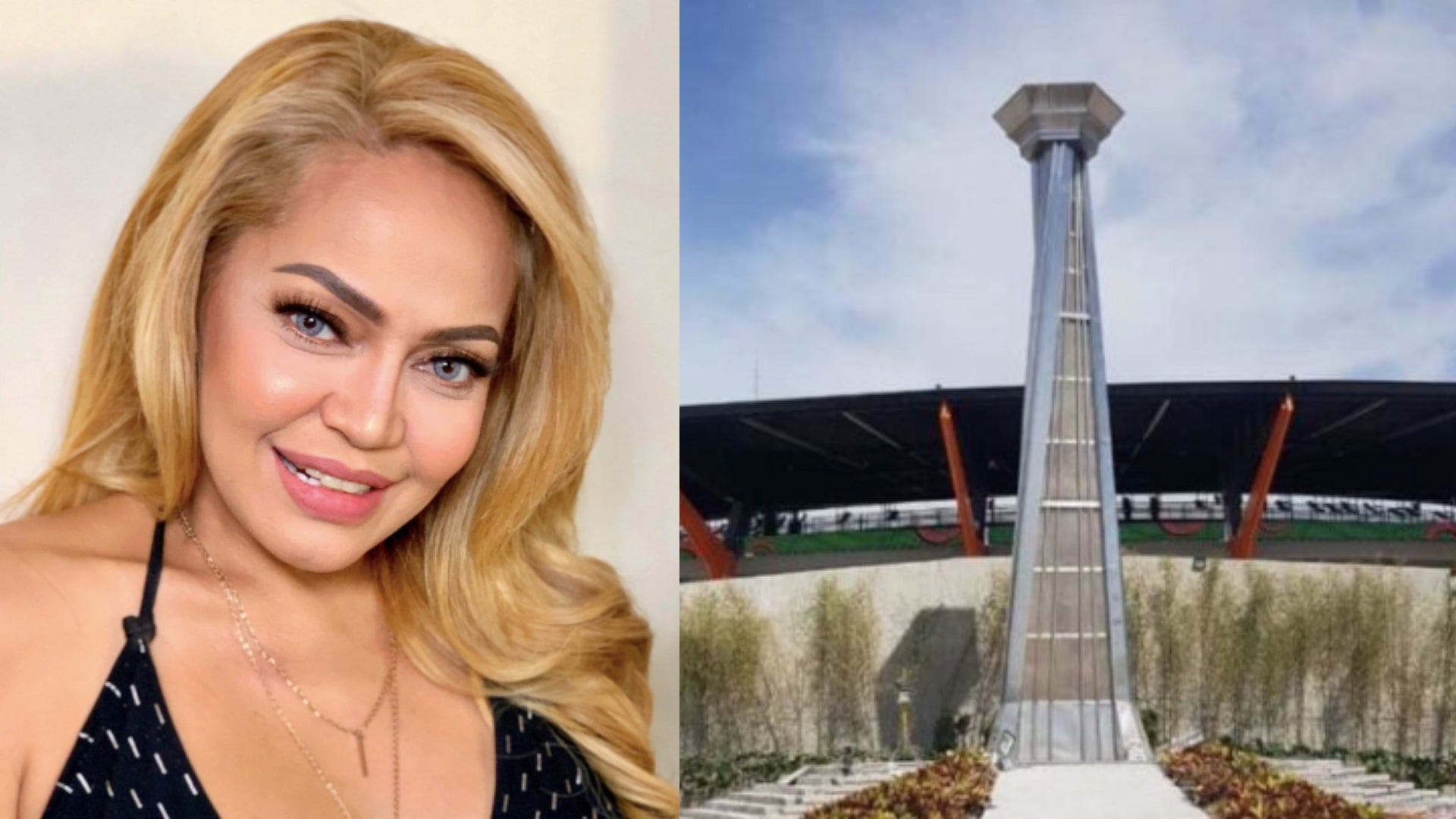 Ethel Booba and the Sea Games cauldron. Image: courtesy of the BCDA, Twitter/@IamEthylGabison

MANILA, Philippines — Comedienne Ethel Booba took a subtle dig at Mocha Uson over the reported two toilets in one cubicle at the Rizal Memorial Stadium, one of the venues for the Southeast Asian (SEA) Games.

Ethel reposted a screenshot of Uson’s Twitter post comparing how Senate Minority Leader Franklin Drilon criticized the controversial P50-million SEA Games cauldron but was supposedly mum on the “three-in-one” toilets in one of the Philippine National Railways (PNR) stations, a project of the previous administration.

(Criticizing the SEA Games’ cauldron, but was mum on the Toilet Bowl Project of the PNR? Crab mentality.)

Uson’s post was shared by Ethel side-by-side a news report of a women’s restroom in Rizal Memorial Stadium with two toilets but without dividers.

(@MochaUson, delete this, we might get embarrassed to those with crab mentality. Just kidding!)

Ethel’s post has gone viral amassing almost 2,000 retweets and over 11,000 likes, as of this writing.

This was not the first time Ethel took a jab at the controversial SEA Games as she also previously joked about the P50-million cauldron being worth its price if corrupt officials were used as fuel.

The country’s hosting of the SEA Games has been surrounded by several mishaps, including transportation, accommodation and even food complaints from the athletes.