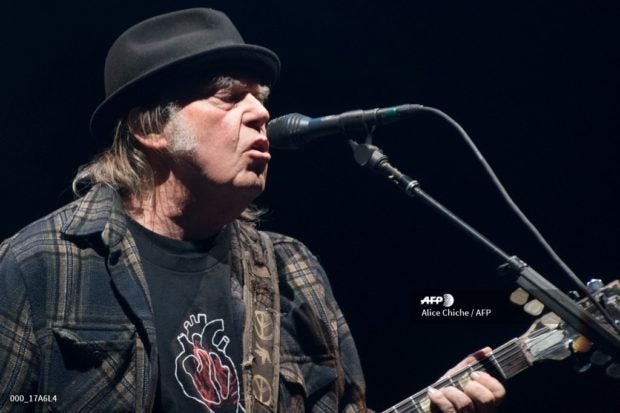 Neil Young performs on stage for his first time in Quebec City during 2018 Festival d’Ete on July 6, 2018. Image: AFP/Alice Chiche via AFP Relaxnews

Neil Young broke the news in a post on his Neil Young Archives, alongside a video that shows his longtime collaborator and producer John Hanlon working on the full-length.

“A record full of love lost and explorations. A record that has been hidden for decades. Too personal and revealing to expose in the freshness of those times… The unheard bridge between ‘Harvest’ and ‘Comes a Time’, ‘Homegrown’ is coming to NYA first in 2020,” Young teased.

“Homegrown” came close to being released as planned in 1975, but Young decided at the last moment to put out “Tonight’s The Night” instead.

As Rolling Stone pointed out, the long-awaited album was originally recorded during a very prolific moment in his career, which followed his amicable breakup with girlfriend Carrie Snodgress.

Although Warner Bros. was very enthusiastic about the project, Young felt that the album was “a little too personal.”

“It was just a very down album. It was the darker side to ‘Harvest’. A lot of the songs had to do with me breaking up with my old lady. It was a little too personal… it scared me. Plus, I had just released ‘On the Beach’, probably one of the most depressing records I’ve ever made. I don’t want to get down to the point where I can’t even get up,” he told Rolling Stone at the time.

Although Young has yet to announce the tracklist of the 2020 edition of “Homegrown”, fans have noticed a note with song titles on the aforementioned announcement video.

Among them are “Separate Ways”, “Try”, “Mexico”, “Love is a Rose”, “Homegrown”, “Star of Bethlehem”, “Little Wing” and “We Don’t Smoke It” — some of which have since surfaced in other Young albums.

“Homegrown” will arrive at a yet-unknown date in 2020, marking Young’s first release of the forthcoming new year.

Earlier this month, the musician announced a potential plan to release a significant part of his unreleased material onto his Neil Young Archives website in 2020.