Erich Gonzales showed off her fit physique in a simple yellow bikini while vacationing in Samal Island, Davao, as seen in her Instagram post yesterday, Nov. 23.

The actress stunned her fans and fellow celebrities, striking a pose in a resort during her getaway from Metro Manila.

“My kind of weekend,” Gonzales said.

Danica Sotto and Dina Bonnevie were among her fellow showbiz personalities who were quick to express their admiration for the actress’ curvy figure. 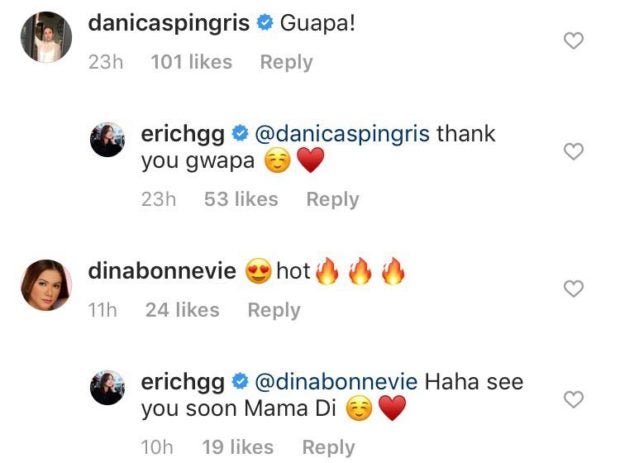 Gonzales also enjoyed a moment by a pool at the resort, as she posed in front of its bright blue waters in a peach backless top.

The multi-awarded actress last appeared in the 2018 TV drama series “The Blood Sisters”, where she starred alongside Enchong Dee and Jake Cuenca.

She was also set to star in the upcoming series “Love Thy Woman” with real-life couple Xian Lim and Kim Chiu, but later withdrew from the project in August due to “creative differences.” Gonzales’ role was taken up by Yam Concepcion. JB