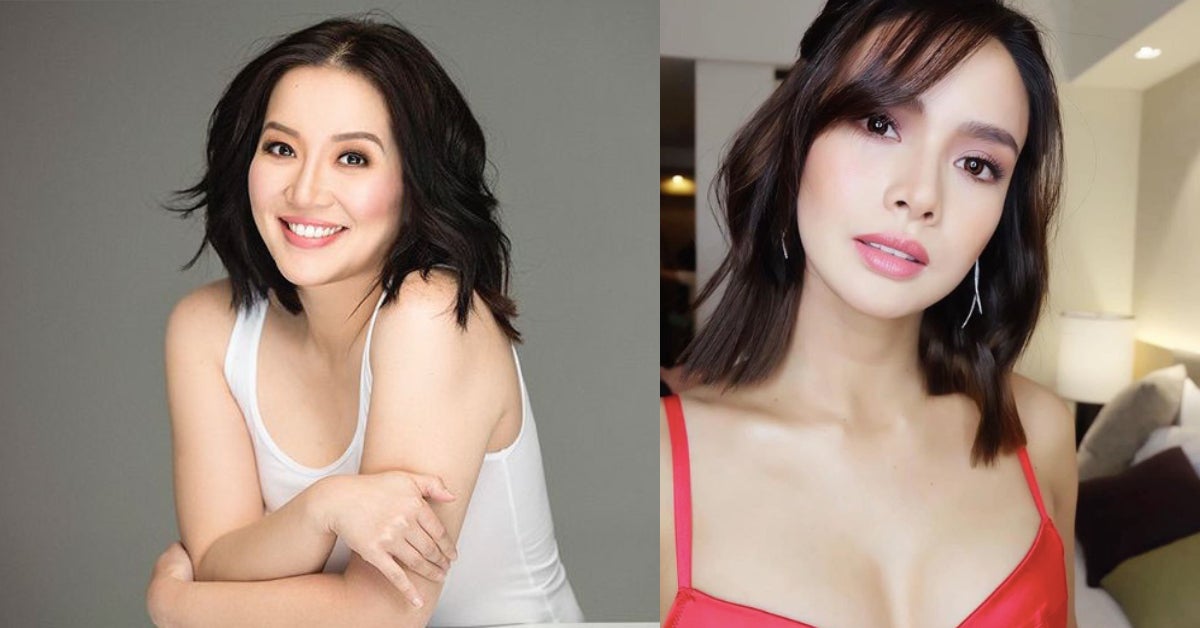 Kris Aquino spent a busy night tending to her sick children — Kuya Josh and her panganay (eldest) Erich Gonzales, whom she has embraced as an honorary family member.

Aquino revealed last night, June 24, in a post shared at 10 p.m. that Gonzales suffered from severe asthma during a shoot. “Patulog ako & saw naman my other ‘panganay’ sent me message, na ER in Bulacan while taping Blood Sisters,” narrated Aquino.

(I was about to sleep when I saw my other “eldest” sent me a message that she was rushed to an emergency room in Bulacan while taping [drama series] “The Blood Sisters.”)

Earlier, Aquino’s update on Instagram bared that since Friday morning, she had been looking after her eldest son Joshua whom she fears has “gastrointestinal issues.”

She explained, “I believe my fear is justifiable because both my Lola Ma & my Mom didn’t survive colon cancer.”

Josh will undergo tests in the coming weeks, said the mom of two.

As for Gonzales, “I insisted for her to stay w/ us 1st para at least mabantayan ko silang sabay (so that I can look after them at the same time),” said Aquino.

She posted a picture of Gonzales’ sleepover which shows the actress sharing the bed with her and youngest son Bimby.

(Sorry that the one looking after you slept for a longer time than you.)

Gonzales, whose family is based in Davao, has found a mother figure in Aquino. She even referred to her as a “stage mother” in a Philippine Entertainment Portal exclusive interview on February 2018.

Gonzales said that the host and actress, whom she calls ate (elder sister), would send her daily reminders about getting rest or how to carry herself in interviews. She shared that she would sometimes visit Aquino’s home even when Aquino isn’t around just to spend time with Josh and Bimby. JB