The actress shared snaps of their photo shoot on Instagram. One picture shows her and Marco in front of a black helicopter, the rapper in a suit and Gonzales in a lavender off-shoulder dress.

She also posted a video of Marco rapping on a jeepney and on a sidewalk in Taguig. 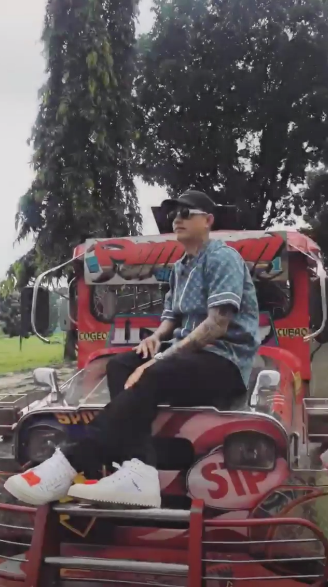 Marco Maurer atop the front part of a jeepney. Image: Instagram/@erichgg

In one video, she gave a shout out to Mario while she and Marco were in a car. 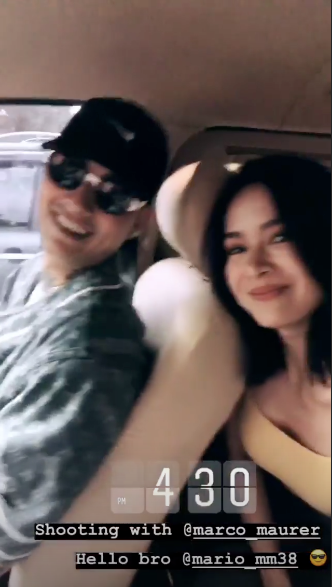 It seems Gonzales also lent her voice to the production. In a post from July, Thai producer A:Tip posted a picture of the actress in a recording studio.

“Like a pro [laughing emoji] Thanks for your lovely voice @erichgg @marco_maurer #wontletyougo,” the caption stated.

In the same month, Marco posted a picture of him and Gonzales.

Marco has previously collaborated with Filipino artists such as Kakai Bautista and Janice Javier. JB