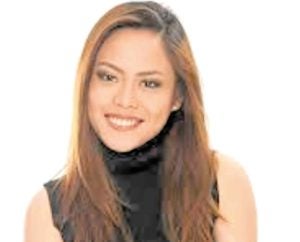 After the unexpected box-office success of the comedy flick “Jowable,” singer-actress Kim Molina finds herself starting to get more recognized in public—something she’s still trying to get used to.

“Before the film came out, people would get mad at me or curse me on social media because of the villain I play in the show ‘Kadenang Ginto,’” she told the Inquirer at a press conference for her live-comedy show “Titas of Manila,” which she will topbill with Candy Pangilinan and Giselle Sanchez today at Music Museum.

“I didn’t expect that people would be asking to take photos with me one day… That makes me happy,” she said. “There’s pressure to do better, but I do hope I get more chances to show what I’m capable of. I want to continue making people happy.”

“Jowable,” which had Kim playing her first lead role in a film, reportedly earned P105 million, making it the fifth highest grossing movie this year so far. But the credit isn’t hers alone, she insisted.

“It’s not about me. I would rather see it as an appreciation for the projects I take on,” she said, adding that her movie earning well was just a bonus. “The people I work with were the bigger factor, especially the ones who came before me in this industry.”

Speaking of which, Kim said she would be heavily relying on the guidance of her seniors, Candy and Giselle, as she takes on her first stand-up comedy show.

“I’m nervous. I don’t have much experience, so I will be seeking their help. I have a lot of respect for the two of them,” she said.

While she’s had experience in theater, like “Rak of Aegis,” Kim said that stand-up comedy was a completely different medium.

“I’m used to comedy skits, improvs and such—I’m confident doing those, because of my background in theater. But stand-up is difficult. I have been watching routines and shows on Netflix and I’m simply amazed at their ability to carry entire audiences on their own,” she said.

Mounted by Viva Live and directed by Andrew de Real, “Titas” (call 8891-9999) will poke fun at the quirks and life experiences of titas, those on their way to becoming one and those who refuse to be called one.

“Comedians are some of the most intelligent performers out there. You have to be quick, spontaneous and have a feel for the crowd’s changing moods,” she pointed out. “I’m lucky to have Ate Candy and Giselle supporting me. I’m a tita-in-training!”