Daniel Craig on playing Bond: ‘Somebody else needs to have a go’ | Inquirer Entertainment
Close
menu
search

Daniel Craig on playing Bond: ‘Somebody else needs to have a go’ 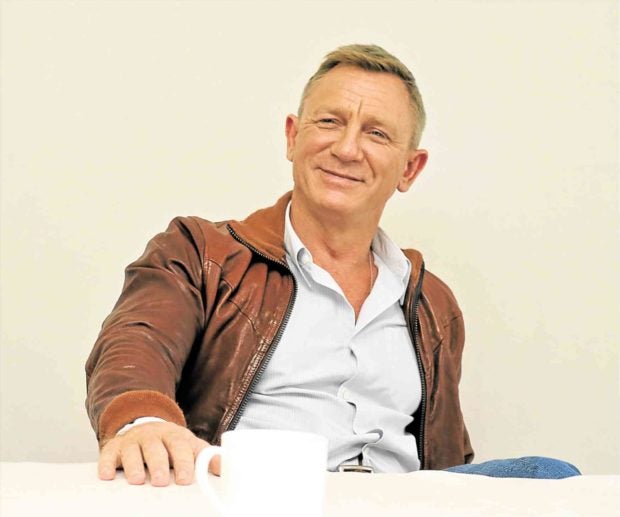 LOS ANGELES—“Yes,” Daniel Craig replied firmly when asked if “No Time to Die” is really his final Bond movie. “Somebody else needs to have a go.”

“I’m really happy I did this movie, that I did one more,” Daniel added about “No Time to Die.” “It’s been, as they always are, incredibly hard work, but it’s a massive collaboration. One of the most moving things for me about finishing the film is that I have been working with some of the people for 30 years.”

The actor seemed genuinely moved about wrapping up his last 007 film and saying goodbye to the people he worked with for many years.

“Beyond Bond, in the film industry, that’s how long I’d been doing it,” Daniel said. “And some of the people I’ve worked with on the movie, I have worked on five films with. For me, that’s what it was all about. It was those people and saying goodbye to them.

“Because I’ll go onto other films and I’ll see them again and whatever.” 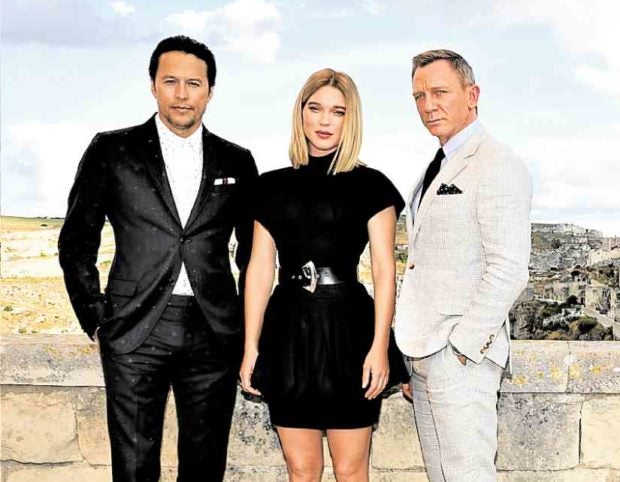 From left: director Cary Joji Fukunaga, Lea Seydoux and Daniel Craig on the set of “No Time to Die” in Matera, Italy. —MGM

After the long shoot, which was delayed when Daniel injured his ankle and underwent surgery, he went on a holiday. “Yes, I did,” he confirmed. “I finished the Bond movie three weeks ago on Friday night and I was on a beach on Monday.

He said that’s how he prefers to relax after finishing a movie: “Lie on a beach. Sure, the hiking would be good, as well.”

He dismissed the set injury as “just par for the course. I’ve hurt myself with every single Bond movie since.”

The British actor disclosed that “No Time to Die” will open with a sequence set in Matera, Italy’s 9,000-year-old city. “As a backdrop for a Bond movie, Matera couldn’t have been better. We kept them up all night driving cars fast, so I hope they’ll eventually forgive us (laughs).

“Isn’t that what is wonderful about that kind of movie, to be able to afford to go on locations that use a backdrop as an extra character in the film?” Daniel asked aloud about filming a modern franchise in an ancient region. “And Matera opens our movie, so it’s a big deal in the territory.”

In his new film, writer-director Rian Johnson’s fun, brilliant murder-mystery “Knives Out,” Daniel reunites with his new Bond Girl in “No Time Out,” Ana de Armas. 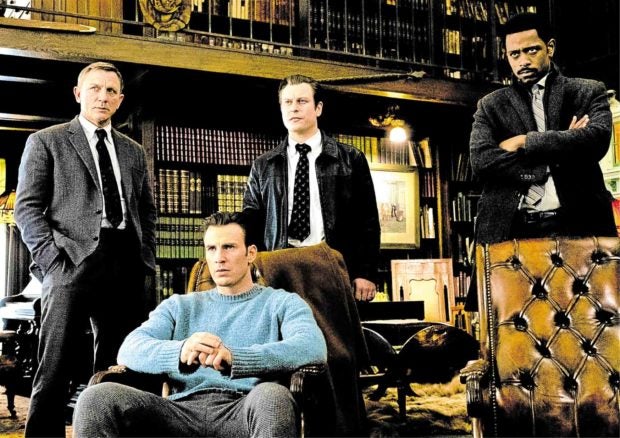 The comedy-crime-drama, filled with twists, follows a detective as he investigates the death of a patriarch of an eccentric clan.

He recounted, “I saw Ana in ‘Blade Runner 2049.’ Like most people, I went (gasps), who is this? She lights up the screen, she’s got it. Without Ana and her performance in this movie (‘Knives Out’), I don’t think we would have as good a movie as we do.

“And the scenes with her and Christopher Plummer, I weep when I watch them. They are so moving and touching. They are central to the film. The reality of the movie is with her, and like I said, she’s the smartest person there.

“When we were working out this Bond movie and we had a scene in Cuba, I was sitting down with Cary Fukunaga. He said, ‘Do you know Ana de Armas?’ I went, ‘Yeah, I know her. I just worked with her.’ Cary said, ‘I want to cast her in this part.’ I went, ‘You have my vote.’ That’s how simple it was.”

Since he mentioned weeping, is our dashing 007 agent a sensitive man? “Terribly,” he admitted.

Asked what makes him cry, Daniel answered, “Anything, if I have taken the mood. A good commercial will get me going if I am in the mood. All the normal things. Seeing kindness is certainly one of them.”

In this Los Angeles interview, Daniel was in the best mood we have seen him in. He candidly answered questions, often with a smile that made his blue eyes twinkle.

Congratulated on “Knives Out,” and asked if this type of film was what we can look forward to in his post-Bond career, Daniel said, “What a blessing if this was my future. That would be wonderful. But I would love to be doing films like this. This is just too much fun.”

On “Knives Out’s” twist-filled script, Daniel commented, “I got them straight away. The one thing I did get straight away was that I wanted to do the film. That was clear. My agent who happens to be here (laughs), who was very coy about giving it to me because he was very excited about it. He wanted the deal to be right and everything like that.

“I was going, ‘Give me the script.’ By the time the script got to me, I was so excited about reading it that I was expecting to be disappointed and I was not. I read it and I was just, count me in.

“It’s a clever script. It doesn’t try and be clever. It’s not trying to fool you. It’s honest, it uses something that you don’t find, it doesn’t give too much away in the denouement.

“It’s a Hitchcock thing. You find out fairly early on what’s going on, then you unravel the rest of the movie as it goes. So the twists and turns never stop. I was just impressed by it. I am a fan of the genre, and I have been since I was a kid.”

Daniel was asked what gets his knives out, figuratively speaking.

“I can’t individually change the world,” he began answering a question about what he does for the sake of his children’s future (he has a child each with his wife, actress Rachel Weisz, and ex-wife, singer-actress Fiona Loudon).

“It’s not possible for me to do. I get involved with things that I believe in. All I can do is chip away like everybody else. I don’t have a shining white steed. It’s impossible. But you just do what you can.

“I can’t solve climate change, but I can help in a little way. We are who we are, we are just humans and if we can collect and get together, and it would be nice if the governments would get behind it, if there was a program in this country as big as the moon shot, to try and solve climate change, we’d sort it out in 10 years. That’s what needs to happen.”

“And then maybe by three o’clock in the morning, you will get to sleep and in two hours’ time, you have to be up again (laughs).”

“There isn’t a kind of plan,” Daniel stressed about his project choices. “I’m very lucky to be in a situation where I get to read scripts and be sent scripts and offers. I have a good team around me who filters out a lot. I’m at a stage in my career where I just want to work with people whom I like. Life is too short. So that’s the only kind of plan I have—to work with nice people.”

TAGS: Daniel Craig, Knives Out, No Time to Die