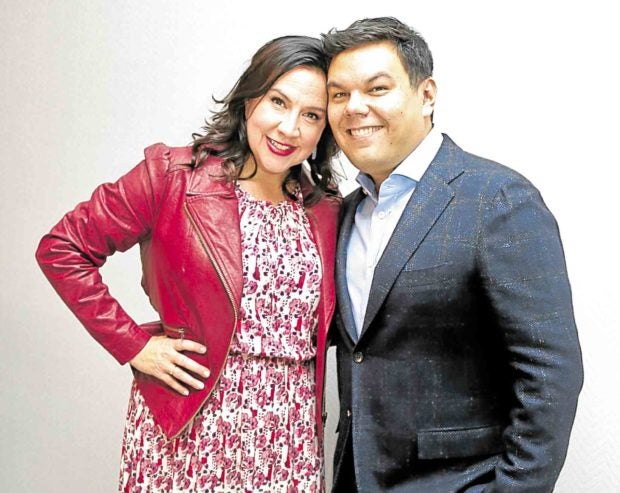 LOS ANGELES—“There was no pressure from the top down to replicate any kind of success,” Robert Lopez stressed when we asked him about the challenge he and Kristen Anderson-Lopez faced in writing original songs for the sequel of “Frozen,” which featured that phenomenally successful song, “Let It Go.”

That powerful ballad, sung by Idina Menzel as Elsa, went on to sell 10.9 million copies and earned the husband and wife team their first Oscar (for best original song) and a Grammy for best song written for visual media.

Not to mention it was the song on many people’s lips, especially children, whose parents, as a result, couldn’t shake off Idina’s refrain lyrics and music from their mind.

The success of the “Frozen” songs of Robert, a Filipino-American, and Kristen resulted in more collaborations with Disney, including “Coco,” for which they scored another Academy best original song win for the poignant “Remember Me.”

Robert, who is called by his nickname “Bobby” by friends and in the entertainment industry, claimed the Disney folks were all about the story, not about duplicating any previous triumphs.

“It was all about, we have this story we’re dying to pitch to you guys, and we think it will make a great musical and we hope you agree,” Robert emphasized in this interview in New York.

Robert and Kristen make a perfect, cheerful couple, instinctively knowing which one should answer this or that question. They looked at each other lovingly and proudly. When Kristen broke into a song and hit high notes to stress a point in her answers, Robert beamed.

After all, this is the couple who likes to recount that when they first met in a songwriting workshop 20 years ago, Kristen thought, upon seeing Robert, “the man I’m going to marry just walked into the room.” And Robert’s thought bubble was, “I think this girl might sleep with me.”

Married since 2003, the team who also penned the songs for “Finding Nemo—The Musical” has two daughters, Katie and Annie.

In “Frozen II,” Elsa, Anna (Kristen Bell), Kristoff (Jonathan Groff), Olaf (Josh Gad) and Sven (Frank Welker) journey to an enchanted land to discover the origins of Elsa’s powers in order to save their kingdom.

Working again with directors Jennifer Lee and Chris Buck and Christophe Beck (music score), the couple crafted seven original songs, including “Into the Unknown,” which is Idina’s memorable ballad in this sequel. Panic! at the Disco delivers its version of the song in the end credits.

Jonathan sings the melancholic “Lost in the Woods” which Weezer also performs in the end credits. Of course, Josh’s lovable Olaf provides the comedic touch with “When I Am Older.”

Kristen Bell interprets the emotional “The Next Right Thing.” Evan Rachel Wood, as Idina, Elsa and Anna’s late mother, sings “All Is Found” which Kacey Musgraves reprises in the animated film’s ending.

Robert said, “We keep getting lucky in that we keep getting asked back by Disney to work with their incredible team, Jennifer Lee and Chris Buck.

Then, when they pitched the story to us, it had so much emotion and depth and it was so different. It was a more epic story.”

For Kristen, cowriting the new songs of the film driven by the story of Elsa and Anna gave her an extra inspiration. “It tapped into something that I feel very strongly about as a woman and mother,” she pointed out.

“I really had something to say. When Jennifer and Chris came back and said, ‘There’s more to say than, we want to do ‘Frozen II.’ Because there are big questions like, why does Elsa have these powers? And where does she belong?

“That tapped into something I really do think is important for everyone to ask themselves. That question of, why am I here? Jennifer built this beautiful playground of this adventure for us to spring songs into.

“I’m so proud and in awe of what the animators do. How we can write these songs in a vacuum in Brooklyn [where they live], then send them to our team [in California]. But it’s not in a vacuum. We talk every day, all the time about the story. But we send the songs to the team, then they breathe life and beauty into them.”

The duo, who also gets story credit along with Jennifer, Chris and Marc Smith, said they always have Idina in mind when they compose Elsa’s songs, especially the roof-raising “Into the Unknown.”

“‘Into the Unknown’ would not be this song without Idina’s voice,” said Kristen, whose stage musical creations on her own include “In Transit.” 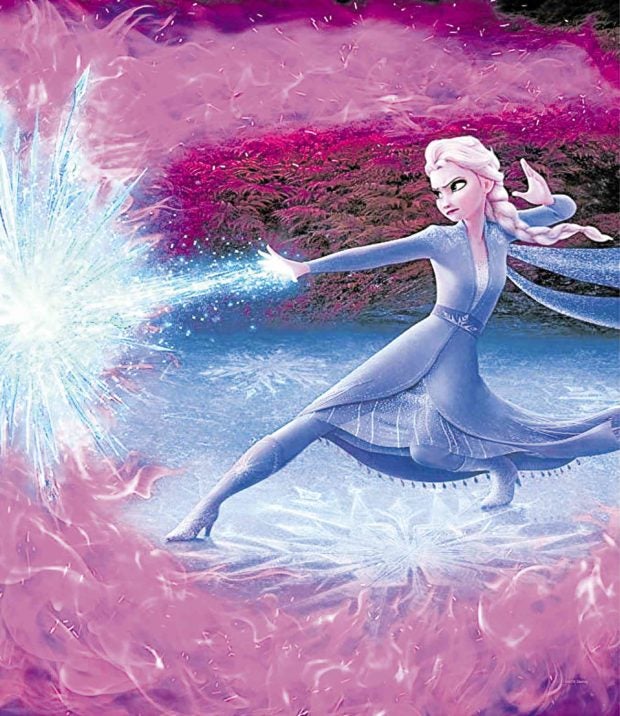 Robert, who cocreated “Avenue Q” and “The Book of Mormon” and is a member of that exclusive Egot (only 15 people have won Emmy, Grammy, Oscar and Tony Awards) circle, commented about their muse: “Idina is incapable of singing anything that she doesn’t feel. You can’t just tell her, do this, and then she does it.

“That’s why her voice carries so much authentic passion, real power. Almost like a primal cry of the human spirit.”

Asked jokingly if the pair’s daughters were behind Panic! at the Disco’s inclusion in the “Frozen II” soundtrack, Robert answered with a laugh, “If we had asked our daughters, that’s who they would have advised us to go with because they’re huge Panic! at the Disco fans. We didn’t have much to do with it. Our friend Tom MacDougall, who is the head of music for Disney Animation, made that call.

“We were very lucky to be there when Brendon Urie sang the vocal in the studio. It was just breathtaking the way he attacked the melody. He sings it in the same key and range as Idina.”

Both Robert and Kristen fell in love with musical theater at young ages.

Kristen was only 4 years old when she saw a US Bicentennial musical tribute and got hooked.

“I told Charles Strouse, who wrote the songs for ‘Annie,’ this story when I met him,” she shared. “I used to stand on my front steps in Westchester [New York], which is a tiny little town that was not very populated. I used to sing ‘Tomorrow’ and wait for the composer or the casting director of ‘Annie’ to drive by and put me in the Broadway show of ‘Annie.’ I wanted to be Annie, then I wanted to be Evita.”

For his part, Robert recalled, “There were always pictures of me wearing headphones, singing songs or just talking or telling stories to a little handheld tape recorder. I always wanted to be Luke Skywalker from ‘Star Wars.’”

In our casual chat before the actual interview, Robert and Kristen sighed that their dream of finally visiting the Philippines with their daughters is still that—a fervent wish.

We talked about must-see destinations. They both hoped to see the homeland of Robert’s paternal side of his family. Who knows what songs this trip might inspire?