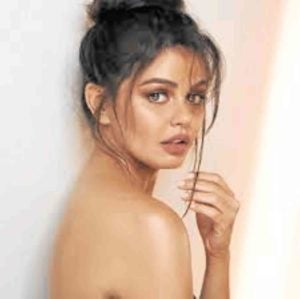 Wary of potential disappointment, Janine Gutierrez has gotten used to tempering her expectations when it comes to the projects or other career endeavors she takes on.

So, when she was named best actress at the recent QCinema International Film Festival for her performance in Rae Red’s noir-inspired movie “Babae at Baril,” it came as a “happy surprise.”

“It’s tough to have expectations, so I try not to think too far ahead. It’s the same with television work. If there’s a role or series I want, I keep it to myself,” she told reporters at a recent block screening for the said action-drama film.

“I attended the awards ceremonies in support of the team. Indie movies like this one have small crews, so I have grown fond of them—they’re like my family now. It’s my way of saying thank you for supporting me and for letting me be part of this project,” she related. “That’s why I was so happy when I heard my name called.”

“This was a dream,” Janine said.

It was the 30-year-old actress’ first major acting award. And there’s no one prouder than her mother, Lotlot de Leon.

“She was super happy! ‘I knew it!’ she told me. She may be saying that only because she’s my mother, but she’s really proud of me. I showed her the script when I got the role, and I’m glad she believed in me,” she said.

In “Babae at Baril,” Janine plays the titular “babae,” a nameless department store saleslady who has become jaded with her everyday life and the incessant harassment from men she puts up with.

One night, awakened by a gunshot, she rushes out of her rented place and finds a gun lying outside her doorstep. Reluctantly, she picks it up and eventually experiences a psychological shift caused by the sense of power one gets from owning a gun.

“I feel lucky that I’m now able to do projects I like. I was told the script was completed a long time ago, and I’m grateful it somehow fell on my lap,” she said.

The GMA 7 talent especially liked being deglamorized for the movie. “I love that I was made to look different from what people see on Instagram,” she pointed out.

“It was funny because there was this international judge who went up to me and told me, in English, something to the effect of ‘O, maganda ka pala!’” she recalled, laughing. “The judge was probably surprised because I looked different from my character. Of course, it was the awards night—I was made up and all!”

While winning a best actress award was a dream come true, Janine admitted that it comes with pressure. “I feel like my next project can’t be chaka!” she jested. “My previous film, ‘Elise,’ also got good reviews. It feels great to see people getting affected by the projects I do.”