Mark Ruffalo: From Hulk to environmental crusader, in reel and real life

LOS ANGELES—Mark Ruffalo, who is one of the finest actors of his generation, is also one of the most passionate environmental activists.

Mark found a way to combine both of his passions in director Todd Haynes’ “Dark Waters.” Also produced by Mark himself, the timely drama is inspired by a true story, “The Lawyer Who Became DuPont’s Worst Nightmare,” written by Nathaniel Rich in The New York Times Magazine.

The actor, also known for playing Bruce Banner/Hulk in those Marvel movies, relished playing Robert Bilott, a persistent attorney who discovers a secret that connects an increasing number of mysterious deaths to one of the world’s biggest corporations, Dupont. Robert risks his future, family, and his own life to expose the truth.

It all began when Robert was contacted by Wilbur Tennant (portrayed by Bill Camp), a farmer whose cattle had been dying from suspected poisoning. 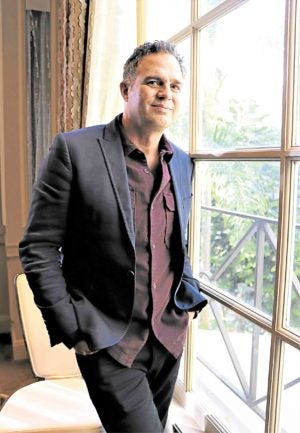 Watching this movie made me think that you are the father of three kids. Do they share your passion for environmental activism? Their generation, in general, is much more aware. They grew up in Upstate New York where there were trees, ponds and streams, but there was also hydrofracking. So, they are aware that all can be hurt or ruined.

My daughter is very outspoken about things that she cares about. She identifies as gay, so she thinks about those rights…

Do you sometimes think maybe they took too much from you? Yes, maybe too much (laughs). They struggle like all kids today. It’s really tough to be a kid right now.

How do you and your wife (Sunrise) work it out when you have to be away often for your films and activism? She’s been beautiful and so strong with them. She has to pick up when I am away and carry it all on her own. I know it’s hard on my family that I do this stuff, and they miss me. There have been moments when the kids are like, “Are you going away to work or to fight fracking?”

It’s a constant dialogue between us. My wife is my rock at home. I owe her so much and I couldn’t do any of this without her.

Also, in watching this movie, I couldn’t help but think there’s naivete in all of us, that we tend to think it’s not happening in our yard. The one thing that is becoming clear is that it’s global. It’s like what we make in America ends up all over the world.

And stuff from China is crossing over… Their stuff is coming here and poisons us with lead. It’s everywhere. One thing he (Robert Bilott) says, “It’s us, not the governments, not the scientists, it’s us.” And the more informed we are, which we are, like today everyone knows about PFOA (perfluorooctanoic acid), the faster things change.

What did you learn about your own hometown? I grew up when Lake Michigan was poisoned. The fish had two heads. They were swimming around sideways with tumors and lesions on their bodies. There was medical waste on the beaches.

Within 10 years, they cleaned up Lake Michigan. When we decide we want to fix it, nature wants to come back into balance.

How do you deal with people who refuse to even listen? You tell stories. Because when you read or hear a story, it transcends the politics. It short circuits your political bent. It’s a way of getting a message out there. Because as soon as it comes from a scientist, it’s a lot.

But you see a farmer talking about it and dealing with it. Then, they relate to him. We are in a time when the truth is under assault. They are killing journalists.

What kind of fulfillment do you get from being an environmental activist? I’ve been in all these communities, whether it was in Dimock, Pennsylvania where they were doing hydrofracking, marching from Charlottesville to Richmond, Virginia to fight against white supremacy, to Standing Rock (North Dakota).

In all these places, there are people who are fighting for their lives. They are simple people. A lot of them aren’t educated. They have such moral clarity, not unlike Wilbur Tennant.

Wilbur Tennant is a stand-in for tens of thousands of Americans who are fighting just the way he is fighting.

They haven’t gone to college, but they have an understanding of right and wrong. Every time I am with them, I am humbled. I learn from them and I am moved by them.

I also feel more compelled to keep going. They say, “Don’t forget us.” But I also remember how many people have said they are counting on me, in some way. They are inspiring me. 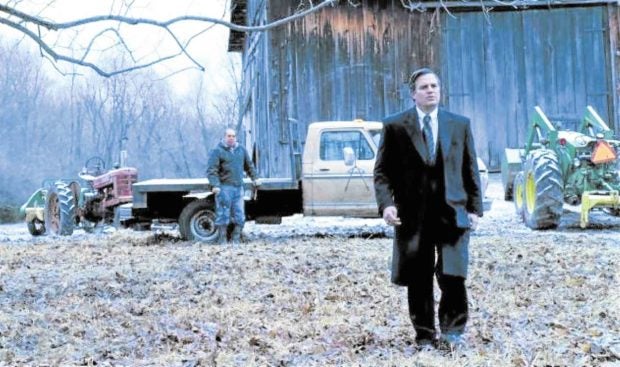 How did you approach playing Robert Bilott, who seems a very simple guy, in the film? That’s a lot how Rob is and was. Todd Haynes (director) and I decided early on to just be honest about that. As an actor, you want to go for the big speech…

I had every urge to deliver the big speech and had to fight it. That was the discipline of it. But I think it’s more effective in a way. That whole story, when he lays out the whole story of Dupont, could have been very bombastic, but it’s just so quiet and easy.

Can you talk about the emotional and physical demands of this role? Was there a moment when Robert worried that he was maybe on the wrong side all along? Since we shot this, one of the things he (Robert) said was, “Once the article came out, now I am not in fear of my life anymore because [with the story in] The New York Times, I am out in the world.”

And on the oppressiveness he found himself in, they hated him inside the law firm. He said, “I was a ghost. No one would even talk to me.”

And he’s not a very emotionally expressive person. So, it was 15 years of solitude.

Has there ever been a moment in your life when it was like that in the movie when Robert Bilott’s cause was all too-consuming that sometimes his family felt like they were second fiddle? I haven’t had to face that decision yet. But it does take its toll. And it has made me at times say, maybe it’s better if I don’t do this. Then there’s the other thing that says, but this is what you are meant to do.

Robert doesn’t lose his family in the end. They love and admire him for it in the end. So, I hope that’s where I end up (laughs).

As an actor and an activist, how important is finding a project like this, especially at this point in your career? After these last Marvel movies, my contract is up. I don’t know if I am going back or not. After 2016, I saw how divisive things had become and how divisive even activism is for people. You lose some people just by calling yourself an activist.

I wanted to use my filmmaking to get my messages out as an activist, but do it without dividing people. I wanted to bring people together, and the only way I saw you could do that was with filmmaking.

I thought, maybe I should find something and make it myself. Then, “Dark Waters” came along. I was like yeah, I can tell this story about water, something that we all need.

Didn’t you want to direct yourself in this movie? I couldn’t (laughs). I could barely do what I was doing. I would have died (laughs).

TAGS: Mark Ruffalo, Only In Hollywood

What we know about the Lebanon explosions