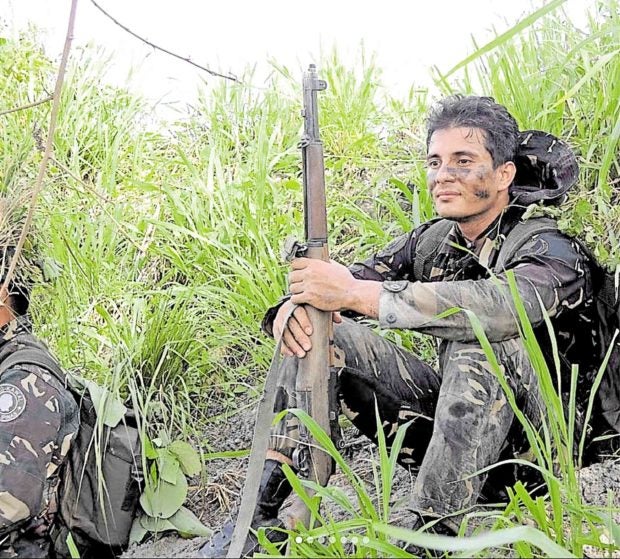 Ejay Falcon has something to feel happy about when he turns 30 next week.

The former “Pinoy Big Brother” winner has been busy ticking off items on his bucket list before he marks a milestone on Nov. 21. For starters, he finished his training as a reservist of the Philippine Air Force last September.

We spoke to the handsome actor in July before his three-day locked-in activity in Bamban, Tarlac, in September, but he asked us to keep it under wraps until he finished his training.

Ejay, who currently topbills the ABS-CBN action-drama series “Sandugo,” had sunburn when we spoke to him for this article, but he said he wasn’t bothered by it.

“Nag-start na kasi ako sa training ko, so I’ve been under the sun. Masaya naman,” he stated with a smile. “I’ve always wanted to do this, but it took me a while to find time to commit to it because of my schedule. Sumakto lang talaga ngayon.”

Given the way celebrities like Ejay are pampered on TV and movie sets, how did the actor cope with the physical tasks required for the training?

“Sa awa ng Diyos, kinaya ko naman. I’m no stranger to physical activities, sanay ako d’yan,” Ejay pointed out. “Some people thought I would have difficulty keeping up, especially when we went through the water survival training, because anything with water always comes with certain difficulties. But I grew up with water around me (in Mindoro). Laki ako sa dagat kaya madali kong nagawa ang activities.”

What did he learn from his training?

“More than anything, it taught me discipline,” he replied. “Bago pa ito nangyari, if you check out my Instagram two or three years ago, I acted in a ‘Maalaala Mo Kaya’ episode about the SAF (Special Action Force) 44 and the Mamasapano incident. For my role in it, I trained at the Philippine National Police Academy for two days.

“But something happened after the taping packed up—I went through separation anxiety! It was an eye-opener for me. As I mentioned in the caption of my post, actors are only too happy when a shoot wraps up. But I felt the opposite— nalungkot ako.

“It’s a good thing that there were actors who came before me and trained to be reservists, like Matteo (Guidicelli) and Robin (Padilla). They made me realize that it can be done.” 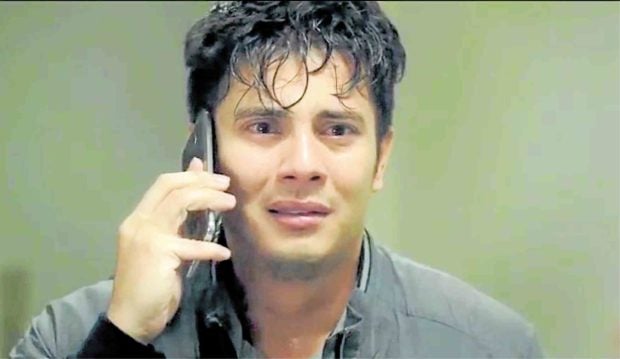 Ejay Falcon in “Where Stars Land”

Ejay also ticked off another exciting item on his bucket list when he, along with actress Lauren Young, acted in Episodes 7 and 8 of the South Korean TV series “Where Stars Land” last year.

“My appreciation and respect for the Koreans’ work ethic grew even more when I acted in that show,” he shared. “Filipino actors and crew members are hardworking, but my time with that Korean team taught me discipline and reliability. Iba sila—they’re very polite.

“If you’re familiar with how the set of a Pinoy production operates, you’ll notice that there are so many people milling around. In ‘Where Stars Land,’ there were just a few people on set, and each one of them had crucial tasks to do. Walang masyadong nagse-cell phone, and there wasn’t a lot of idle chatter.”

Even better, Ejay said he was won over by lead stars Lee Je-hoon and Chae Soo-bin’s kindness and hospitality.

“I didn’t have a chair on my first day at the shoot because I wasn’t from there,” he recalled. “But when Je-hoon saw me just standing in a corner after my scene, he offered his seat kasi nakita n’yang nahirapan ako. And Soo-bin was just as friendly.”

Ejay says it’s something a lot of Filipino stars would be wise to emulate.