Regine not out to compete with Cherie in best actress derby 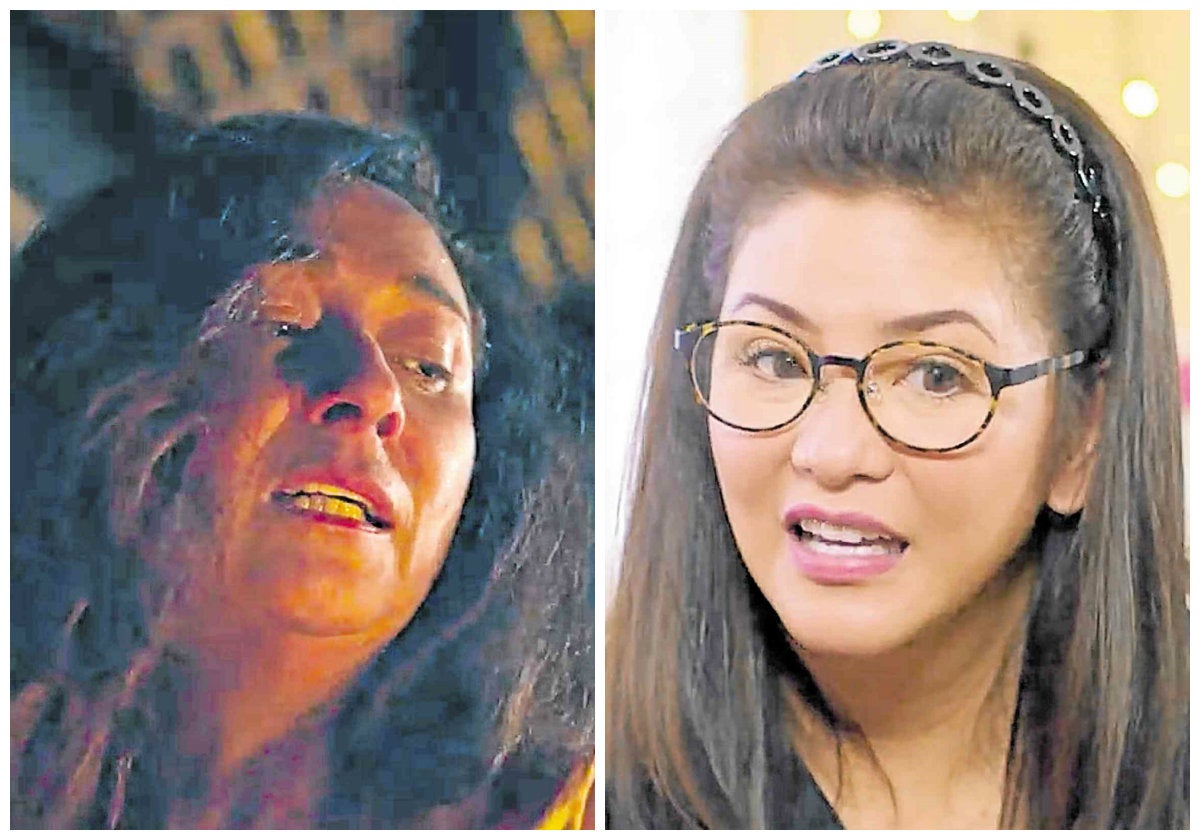 Cherie Gil in “TiaMadre” and Regine Velasquez in “Yours Truly, Shirley”

It was a struggle to memorize lines and act like you’re another person,” said Regine Velasquez, when asked how it was like to be making a movie again, seven years after her last big-screen project was released commercially.

Regine is now the lead actress of the indie comedy “Yours Truly, Shirley,” one of the finalists in the ongoing Cinema One Originals festival, which runs until Nov. 17.

Prior to this, Regine was seen in the romantic comedy “Of All the Things” in 2012. She also made the unreleased comedy “Mrs. Recto” in 2016.

“It’s hard to portray a character again, especially if you’re like me who has gotten so used to being a singer. That was my struggle during the first few days of filming. I got used to it eventually and was able to enjoy the whole process,” she told the Inquirer during the festival’s opening night held at Ayala Malls Manila Bay during the weekend.

Regine said that her lack of acting experience was the reason she would feel nervous whenever she would be told she could win an acting award for her work on “Your Truly, Shirley.”

Also a popular pick for best actress in this year’s  festival is Cherie Gil, who is part of the horror film “Tia Madre.”

“I’m not expecting anything. What’s important is that I enjoyed doing it. The story is very light, with a little drama. Shirley’s story is quite sad because she is a widow, but it is told in a funny way,” Regine explained. “If you’d compare my role to Ms Cherie’s, it’s like pitting us in a contest with me singing ‘Urong Sulong’ while she sings ‘What Kind of Fool Am I?’” she quipped.

Regine said she was thrilled to be part of a film festival for the first time. In spite of the box-office success of her film projects in the early 2000s, Regine said she never really considered herself an actor.

“Yours Truly, Shirley,” with first-time filmmaker Nigel Santos at the helm, is about a widow who is convinced that a young pop singer (played by Rayt Carreon) is the incarnation of her late husband (Romnick Sarmenta).

“Mingling with people of different races is amazing. I felt overwhelmed seeing them watch our movie and appreciate it, even though they didn’t understand the language,” Ogie recalled. “It was an eye-opener for me. Film really takes you places. But through the films you make, you also get to introduce your country’s culture to other people.”