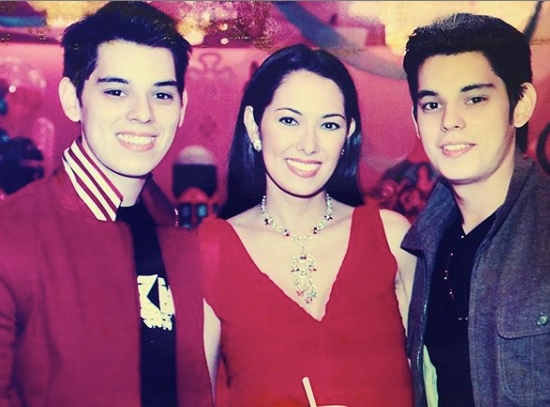 Former beauty queen Ruffa Gutierrez reminisced about the good times she had spent with her family in a recent throwback post on Instagram.

The actress shared three photos today, Nov. 11, with the first showing her with Richard and Raymond. The second photo was of her five younger brothers, and the last of Eddie Gutierrez and Annabelle Rama.

Ruffa said she was cleaning out her storage when she found them.

One photo, taken in 2005, shows Ruffa sandwiched in between her dashing twin brothers Richard and Raymond.

“Venice’s 1st birthday [and] dedication at Wack Wack Country Club in 2005 with my fave twins,” the actress wrote.

Her second throwback was a cute snapshot of her younger siblings sitting on a couch when they were toddlers. She even tagged some of them and their spouses.

“I [cannot] tell which is [C]hars and which is [M]ond,” Mariel Rodriguez commented on the post.

Cleaning out my storage and look what i found! Vintage photo 1) Venice’s 1st bday & dedication at Wack Wack Country Club in 2005 with my fave twins ❤️ 2) My five younger brothers 3) Mom & Dad. We wouldn’t be alive if not for their LOVE 💕 #throwback

In the last photo, Ruffa showed her appreciation for her parents, Annabelle and Eddie, saying, “We wouldn’t be alive if not for their LOVE.”  /ra

Is Ruffa Gutierrez throwing shade at Gretchen Barretto with this post?