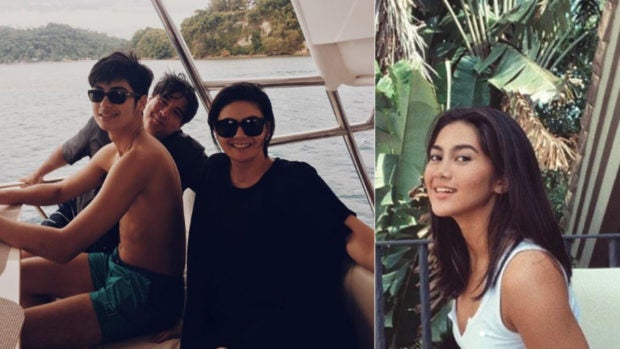 Despite the circumstances, actress and former beauty queen Charlene Gonzalez-Muhlach chooses to see the silver lining. She expressed gratitude for her family who kept her company during her hospitalization, particularly her twins Atasha and Andres who were celebrating their 18th birthday.

The former Bb. Pilipinas-Universe went to St. Luke’s Medical Center in Quezon City for a check-up due to some abdominal pain as per her post on Instagram, yesterday, Nov. 5. Some blood tests revealed that she had appendicitis and required immediate surgery.

The actress assured her followers that she is already fine. Charlene also thanked the hospital staff and doctors, as she also aired her regret for missing her husband Aga Muhlach’s movie premiere for “Nuuk”.

Nonetheless, she thanked Aga for keeping her company, and their children Andres and Tash for spending their debut with her in the hospital.

Aga also had an inspiring message to his kids, as seen on his post last Monday, Nov. 4.

“You have given me and your mom so much joy and love and at the same time taught us to become the parents that we are now,” he said. Aga also reminded his twins to “be kind to everyone and never judge people. Love one another.”

Charlene Gonzalez finishes London Marathon for a cause

Aga Muhlach on Amalia Fuentes: ‘You were an inspiration’