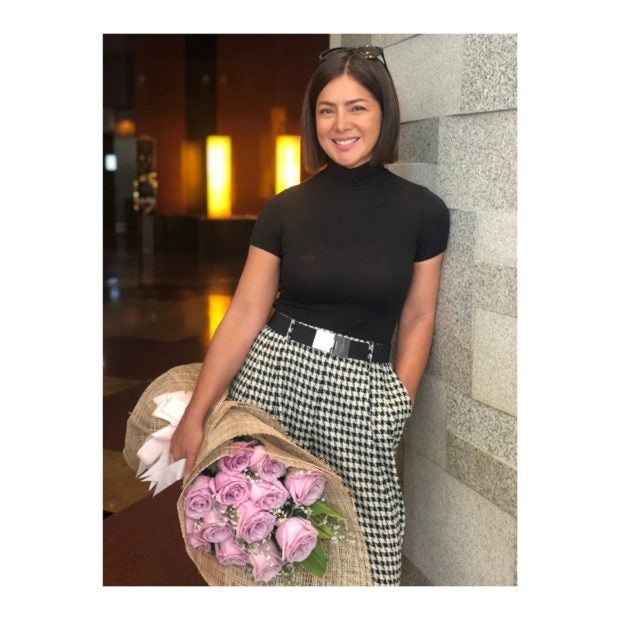 Alice Dixson owns up to her “maldita” attitude when she was younger.  mage: Facebook/Alice Dixson

Alice Dixson has been in the showbiz industry since she was in her teens, and she realizes now that she would not have lasted so long if she had kept up her “prima donna” attitude.

The 50-year-old actress, who stars in psycho-thriller “Nuuk” with Aga Muhlach, opened up about her past “maldita” (bratty) ways in “Tonight with Boy Abunda” on Monday, Nov. 4.

She acknowledged that actress Dina Bonnevie, now a good friend, did not like her because she was always late on the set. Bonnevie recalled in Dixson’s vlog last October: “May pagkamaldita ka noong bata ka pa (You were bratty when you were younger).”

“Kasi teenager ako, medyo matigas ang ulo ko (It was because I was a teenager, I was rather hard-headed),” Dixson explained to host Boy Abunda.

She recalled that she would fight with film producer Mother Lily Monteverde. “I’m very stubborn, I’m a Leo, Sometimes if I don’t get my way nagrerebelde ako (I would rebel).”

She explained that she wanted to be late simply because she felt like a “prima donna.” Dixson said she was juggling her studies, work and personal life, and at the same time, she was a star on the rise.

“Sumikat ako kaagad, too fast so lumaki ‘yong ulo ko (I got famous too fast so I became arrogant),” she explained.

Her ego became her downfall, she admitted. “A lot of people got very upset with me. Because of my unprofessionalism, I lost a lot of work. And so that taught me, ‘Hoy, mag-ayos-ayos naman ka diyan’ (Hey, get it together).’”

She cited that it was her ex-husband Ronnie Miranda who helped bring her back to earth. He came from a non-showbiz background and did not care for the trappings of her world.

Back in 2000, Dixson migrated to Canada and had to do things all on her own. She proudly said in the interview, “I can negotiate my own contracts, I can review legal stuff, I can represent myself, I can talk frankly to someone where my yes is yes and my no’s are no. Hindi na ako nahihiya (I am no longer ashamed).”

Alice on the dark theme of reunion film with Aga: I also struggled with depression

Aga’s passion is acting, but family is now his priority