Charlene Gonzalez finishes London Marathon for a cause 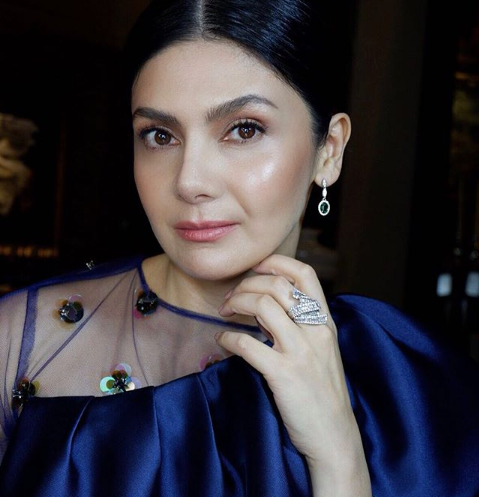 Gonzalez posted on Tuesday a snapshot of her medal from the marathon captioned: “Thank you London Marathon 2019 for the wonderful memories. You will always be in my heart..”

“Such a beautiful & lovely place. Weather was perfect & I achieved my personal best of 4:42 with God’s grace. So many wonderful stories to share with you all and people to thank in my succeeding posts. Until then.. I love you all and thank you for the support and prayers.. This one is for all of you,” she added.

The 44-year-old actress said she ran for a British international charity Voluntary Service Overseas (VSO) that “helps fight poverty all over the world.”

“I ran for a British based international charity, so therefore the nationality was marked as GBR [British citizen] since their home base of the charity is in London,” Gonzalez said.

“Although, all proceeds of the charity goes to help our brothers and sisters worldwide & the Philippines has an affiliate of the Voluntary Service Overseas Charity as well,” she added.

Gonzalez also expressed joy to be part of “one of the hardest marathons to enter” which raised one billion pounds.

“Truly happy to be given the opportunity to run the London Marathon because it is one of the hardest marathons to enter,” she said.

“Majority of the entries are through charities & as a whole the London marathon this year was able to raise a record breaking amount of 1 billion collectively from the respective charities involved to help,” she added.

The London Marathon is part of the six-city World Major Marathons, which also include New York, Boston, Tokyo, Berlin and Chicago.

In a previous post, Gonzalez said she also participated in the Chicago, Tokyo and Berlin marathons. /jpv