Actress Julia Montes has traded her long hair for a shorter and just as stylish bob.

Montes revealed her new look with a selfie on her Instagram Stories yesterday, Nov. 11. 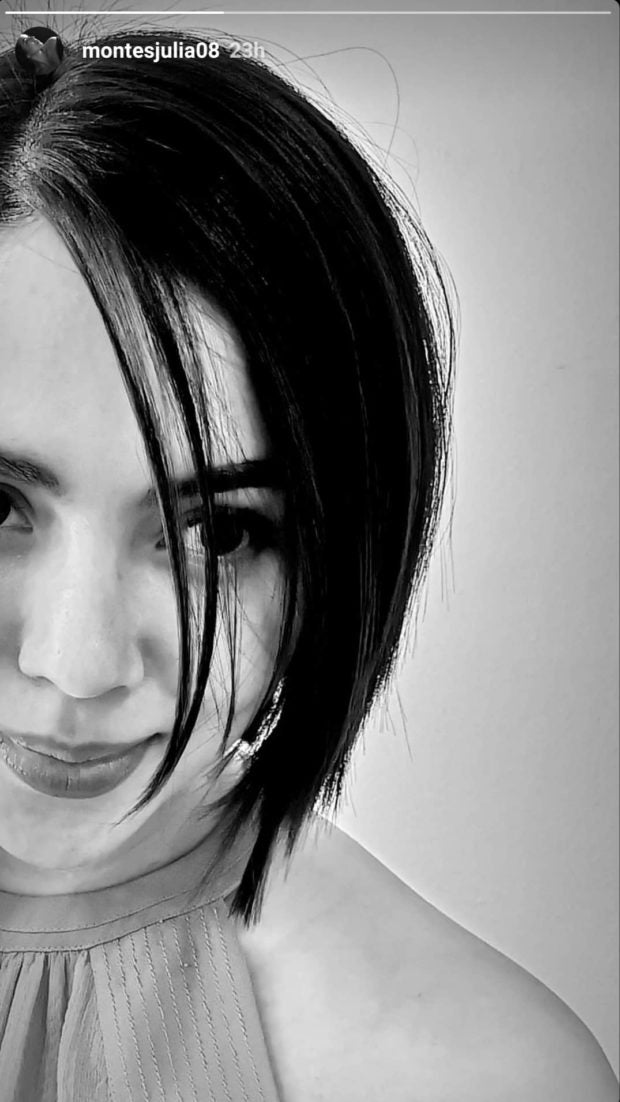 The actress was last seen sporting long hair last month, when netizens reportedly spotted her in a supermarket in Greenhills, San Juan City. However, Montes herself has not confirmed her supposed return to the Philippines.

A fan page (@juliamfighters) dedicated to the actress shared photos of fans with Montes at the supermarket via Twitter on Oct. 25.

This is the best thing happened for this 2019. We’ve been waiting for this. Queen Julia Montes is back! @montesjulia pic.twitter.com/bta9MTQtAq

Prior to photos of her supposedly taken in San Juan City circulating online, Mylene Dizon hinted at Montes’ return to Manila. Dizon had been in contact with Montes while she was in Germany in the past months.

Montes flew to Germany to spend some time with her biological father amid rumors that she was pregnant with Coco Martin’s child. It had also been speculated that she welcomed the child earlier this April. None of the actors have confirmed these rumors.