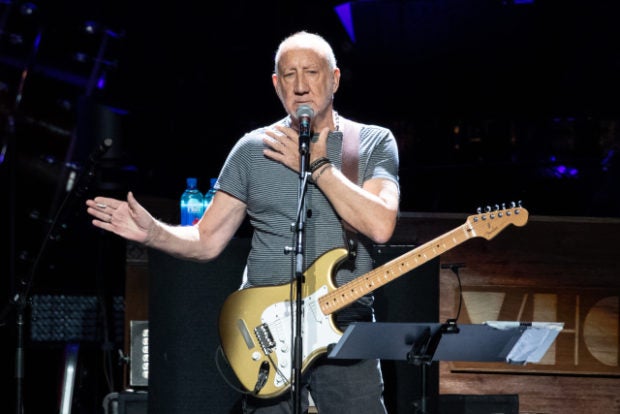 After penning best-selling albums such as “Tommy” and soundtracks like “Quadrophenia” with legendary rock band The Who, guitarist Pete Townshend has now written his first novel, which he says draws on his own experiences with drugs.

At the London launch on Thursday of his debut work of fiction, Townshend, 74, said the book — entitled “The Age of Anxiety” — contained “a lot of autobiographical stuff.”

“I observed a lot of things,” he said, evoking his relationship with drugs, as well as his abandonment as a child by his parents.

The novel’s cast of characters include a former rock star turned hermit who paints apocalyptic scenes, and an art dealer with drug-induced demonic visions.

Townshend, The Who’s main songwriter, said he had waited until now to become a novelist because “I don’t think I felt qualified”.

But he already has plans to turn the book into a rock opera, which he hopes to stage in 2021.

“I wrote the book just so that I could write a libretto!” he said.

“My dream as an art student was to combine all these fantastic courses that I had.”

With its four members, Townshend, singer Roger Daltrey, bass player John Entwistle and drummer Keith Moon, The Who ran up scores of hits in the late 1960s and 1970s, including “Pinball Wizard” and “My Generation”.

The band, still fronted by Daltrey and Townshend, will release its first album in 13 years, entitled simply “WHO”, on December 6. NVG

The Who teases upcoming new album with single ‘Ball and Chain’