At 79, Al Pacino reflects on his life and career | Inquirer Entertainment

At 79, Al Pacino reflects on his life and career 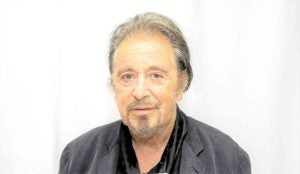 LOS ANGELES—It’s hard to believe that Al Pacino and Martin Scorsese have not worked together until “The Irishman.”

But “The Irishman” is a worthy vehicle for this first team-up. Even better, Al, Robert De Niro and Joe Pesci (he almost steals the film) collaborating with Martin has resulted in a masterpiece.

Adapted by Steven Zaillian from Charles Brandt’s book, “I Heard You Paint Houses,” the epic stars Robert as a hit man who becomes involved with a mobster (Joe) and his crime family, including working for the popular American labor union leader, Jimmy Hoffa (Al).

It’s Martin working on the genre that he is a master of—the Catholic gangster film, with his actors at their finest.

It’s just a pleasure to watch Al and Robert, two of cinema’s greatest actors, in their scenes together.

Now 79, Al still has a young man’s energy. He was open and humorous. At one point, he jokingly reprimanded himself for jumping on a question by quipping, “Al, can you just shut up? Get to it.”

He has three children—a daughter (born 1989) with acting coach Jan Tarrant and twins (a girl and a boy, born 2001) with actress Beverly D’Angelo. He was also in relationships with other actresses, including Diane Keaton, Jill Clayburgh and Marthe Keller.

You and Robert De Niro have had parallel careers. Can you talk about your friendship? I met Bob when he was a young man. We were in our mid-20s … on 14th Street (New York). I was living on 14th Street between Avenues B and C at the time with my wonderful girlfriend, Jill Clayburgh, who has passed on. She knew Bob from Sarah Lawrence (College) and they worked together in films with Brian De Palma.

I met Robert on the street and I was introduced to him. I thought he was an interesting guy. Jill said, “Oh, he’s a great actor. I worked with him.”

And something happened in the course of our lives that brought us together. We were unknown until I guess ’69, ’70. I was in the theater. That was a different thing. Then, our careers started paralleling and we were compared to each other. 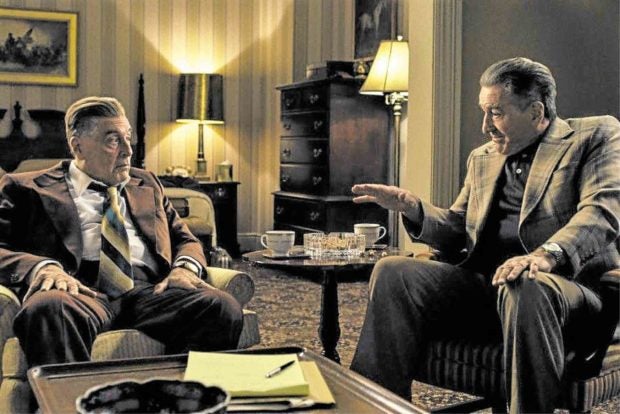 Pacino (left) and Robert De Niro in “The Irishman” —Netflix

Bob and I would occasionally meet and we would talk about it, about what was happening to us.

That gave us a kind of bond that we’ve kept throughout. I feel toward Bob like a brother and I trust him.

I have Bob to thank for getting this part. This film was his idea. He got Marty, whom I had never worked with before.

When was the moment that you fell in love with acting? When I was just a kid. It was a way of getting attention and getting out of certain classes at school because I didn’t like school. So I would be in school plays and I thought, I’ll be an actor because it sounded viable.

I was doing this play and this guy came up to me afterward. I must have been 12 or 13. He said, “You’re the next Marlon Brando.”

I went to (the High School of Performing Arts) (in New York). I remember I loved the things I learned, but I was too young. I was 15.

I was in Performing Arts and again, I didn’t have to do much academic work. I loved English, but the rest….

I had to quit school to go to work. My mother was ill. I was living in the (Greenwich) Village by myself when I was 16.

I was working odd jobs to support myself, sending money to my mother, for a couple of years. 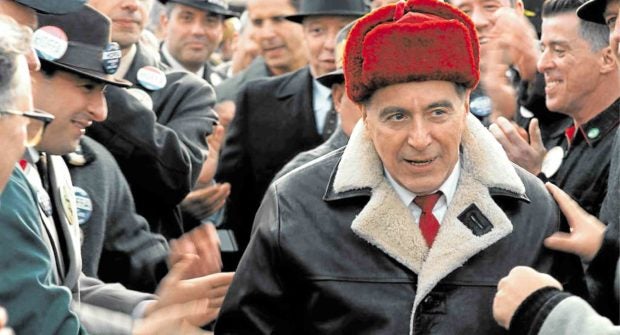 I went to the (Herbert) Berghof Studio where I met Charlie Laughton, my dearest beloved friend who has passed on. He was my mentor. He was older. Charlie introduced me to a whole world, especially literature and that’s when my reading started. And I was doing a lot of things.

I was a bicycle messenger. That’s how I learned Manhattan. I worked 11, 16 hours a day riding a bicycle.

I had this show business paper that showed you plays that are auditioning. I auditioned for Charlie. Anyway, it was this thing called the Actor’s Gallery.

I was in there working and at the time, I had no home. My mother had died and I was alone. I was homeless, actually.

So I used to sleep on the stage in the theater that I played on at night, which is fun.

Then, I did this play called “Creditors” by August Strindberg. It’s a long story, but that was the moment when I realized that this work is going to save my life—and it did.

What did you know about Jimmy Hoffa before playing him? What new insights did you gain about him after portraying him? There’s a lot of footage on Jimmy Hoffa, which helped me. You try to put together something that also connects to the script.

I learned a lot of things about that period when he started. He was a teenager and he was with the unions, what was going on with the workers, child labor and everything.

I marveled that he was probably the most popular person, second to the President of the United States, at the time. He was an icon because he was coming from a place of real passion and a need to help the workers. 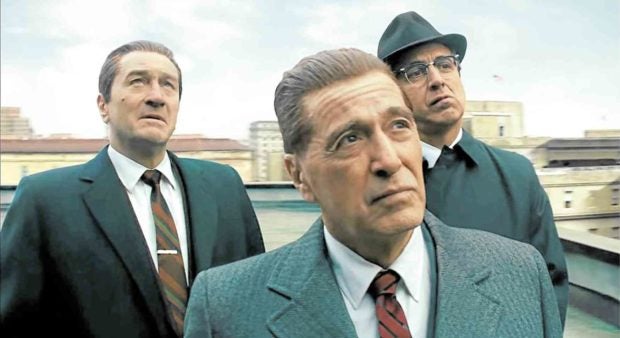 When he was thrown in prison for five years, he saw what was going on there with the prisoners. He went all out to help them because their treatment was awful. He galvanized these people. So he was a visionary in that sense.

I marveled at the fact that this is a man who would be fighting John F. Kennedy Jr. and yet be an advocate for Dr. Martin Luther King. So to me, this was an interesting person.

Can you talk about the de-aging technology used in “The Irishman”? I’ll give you a little demonstration. I look 39, but I don’t move like I’m 39.

I remember I was doing that “Salome” film and somebody came and experimented, showed me a few minutes of me as Herod on the throne. I just looked younger, but you couldn’t tell.

What are you passionate about that still motivates you every day? My kids, for one thing.

But also, things come up. I just did a big series (“Hunters”) for Amazon (Studios). You’re not used to that when you put yourself in the film world.

Talk about your experience doing a series. One of the interesting things about it is that we had different directors … [and] different crew.

You look young to be 79 years old. I got a lot of energy, thank God.

What are the highest and lowest points for you? There’s the career, then there’s life itself.

I stopped acting for a while (four years) … I remember at the time, I was with Diane Keaton for five years. She was the one and a couple of others, my dear friend Marthe Keller, who’s my world. 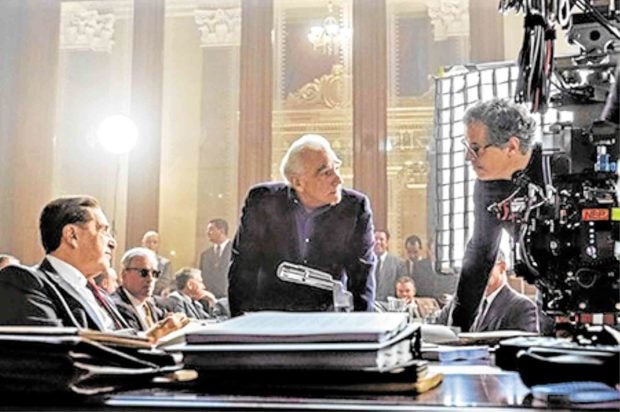 Why did you stop acting? Maybe you could say I was slightly wondering where do I stand and all of it. I had a couple of films that didn’t work. I remember feeling badly about a film that I had done because it wasn’t finished. They didn’t finish it, but they put it out.

I came back because this is what I do. But I tell myself, I came back also because I needed the money, frankly.

What’s good about being 79? There are good things about being older. I feel a little better about things, people, the world. So what I want to do now—I’m hoping I can find someone to facilitate—to read plays that I like, to do it for some causes and get people together to read.