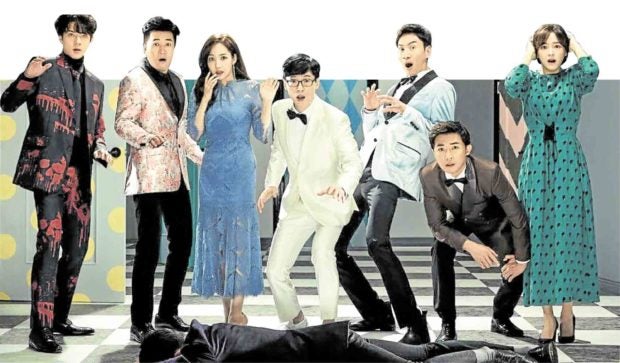 With the first season of “Vagabond” wrapping up to a satisfying ending, do we have to wait for Season 2 to catch up with its lead actor, Lee Seung-gi?

The answer to that is a happy “No.” We’ll be seeing him soon enough in another Koreanovela—for the second season of “Busted” on Netflix.

It’s the unscripted variety show that’s full of fun and surprises. Why unscripted? Because the characters get to play their own selves and create their own script.

Reports have it that Park Min-young, one of the original cast members of the show, became friends with Seung-gi while shooting Season 2. “We filmed one episode already, but it feels like he was originally one of our members … now I have a good friend and partner,” he said. 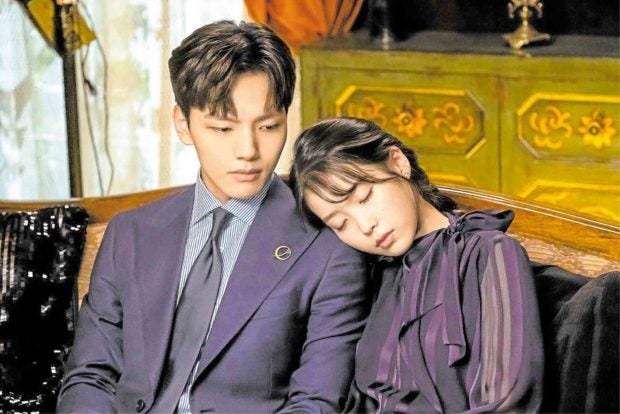 Seung-gi plays a new detective in the sophomore season of “Busted” (premieres today). In his first appearance, he wears an outlandish costume as the other characters gawk and laugh at him.

Filipino fans still remember Seung-gi’s visit to Manila a few weeks ago, where he wowed them with his other talent: singing.

Another K-pop actor who visited the Philippines for a “fanmeet”/concert is also topbilling a series airing on Netflix soon—Jung Hei-in, of “One Spring Night” and “Something in the Rain” fame. 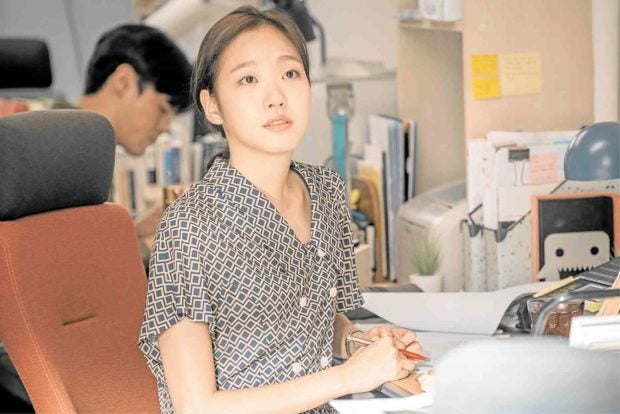 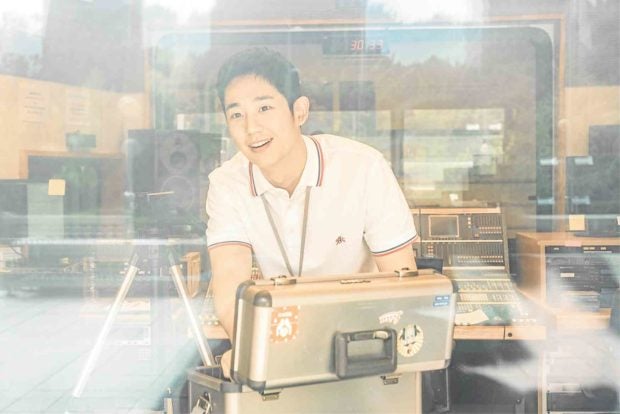 Kim Go-eun and Hei-in in “Tune in for Love”

You’ll fall in love with Hei-in again in the romantic drama “Tune in for Love” (began streaming last Nov. 5). It tells the story of how Mi-su, played by Kim Go-eun (“Goblin”), and Hyeon-u, portrayed by Hei-in, warm up to each other through love letters read on the radio. Unfortunately, time isn’t always in their favor.

Their love story begins in 1994 in an unromantic setting, a bakery. It’s the same old story—they fall in love and circumstances pull them apart. Many years later, their paths cross again. Does their love get a second chance?

Another eagerly anticipated love story will be unreeled by way of “Crash Landing on You.” Son Ye-jin (“The Classic,” “Summer Scent”) is Yoon Se-ri, a beautiful heiress and a leading fashion businesswoman who lives in contemporary South Korea. 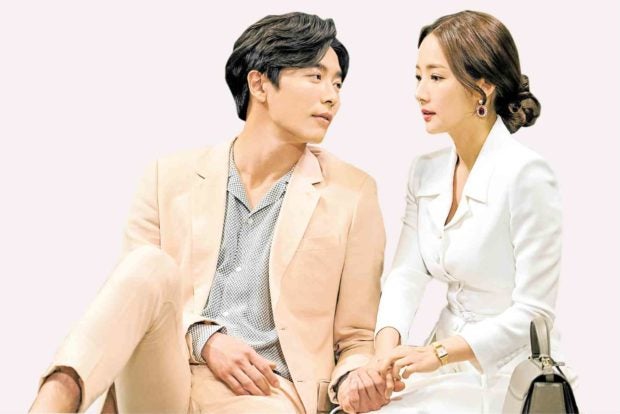 “Hotel Del Luna,” starring IU and Yeo Jin-goo. The new manager of a hotel for dead souls gets to know the establishment’s owner and her strange world.

“Touch Your Heart,” starring Lee Dong-wook and Yoo In-na. Determined to make a comeback after a scandal, an actress agrees to research a new role by taking a job as a secretary for a prickly attorney.

“Her Private Life,” starring Park Min-young and Kim Jae-wook. An art curator’s life unravels as she tries to keep her pastime as a die-hard K-pop fan a secret from her gallery’s new director.

“He is Psychometric,” starring Jin Young, Shin Ye-eun. After a traumatic incident leaves him with the ability to see the past through touch, a young man uses his powers to fight crime.

Read Next
At 79, Al Pacino reflects on his life and career
EDITORS' PICK
Quick chat with Nicole Andersson: ‘You really don’t need much to be happy’
10 Filipinos positive for COVID-19 in UK, 7 in Ireland — envoy
Robredo spox thanks Duterte for defending VP’s efforts vs COVID-19
IATF to LGUs: Issue ordinances vs attacks on frontliners, COVID-19 patients
Nograles: Cabinet members to donate 75% of monthly salary to aid COVID-19 fight
Diokno to Duterte: OK to make fun of buck tooth, but focus on people’s needs first
MOST READ
Coronavirus hotbed Rizal to shut borders on April 6
Gov’t mulling quarantine period extension of 15-20 more days
Sotto on Isko Moreno’s call: We do our job without the media following our every move
‘Money Heist,’ ‘Tales from the Loop,’ ‘Killing Eve,’ ‘Never Have I Ever,’ ‘After Life’: Five not-to-be missed series this April
Don't miss out on the latest news and information.

35 years later, Jarencio still feels pain of the ones that got away