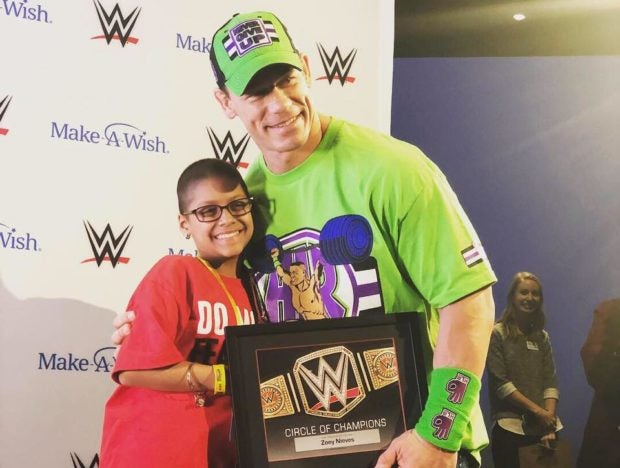 Professional wrestler and actor John Cena has been lauded for having the highest number of Make-A-Wish Foundation wishes granted by any celebrity in history, after hitting the 600 mark in April 2019.

Now, Cena has made over 600 children’s dreams come true, and it seems that nothing is going to stop him from doing what he does.

Despite his massive engagement with the foundation, however, Cena actually found out about Make-A-Wish by accident. Back in 2002, when Cena was still a rookie in WWE, he was not really the person that a wisher wanted to meet.

“My first Make-A-Wish, I was kind of shuffled — it wasn’t for me, I think the person wanted to meet another superstar,” he said in an interview with People yesterday, Nov. 6. Cena holds the title of being “the most-requested celebrity” for the foundation, as reported by Today in December 2018.

“I said, ‘If you ever need me for this ever, I don’t care what I’m doing, I will drop what I’m doing and be involved because I think that’s the coolest thing,’” Cena told People.

“We’ve all experienced that joy of giving a gift for the holidays where you just nail it — that’s the same gift I get in giving back to people’s lives, in being able to give them wonderful emotional moments,” he added.

The foundation surprised Cena on April 7 to express their gratitude for the WWE superstar, who has been granting wishes for 15 years.

In 2004, John Cena granted his first wish. 15 years later, the WWE Superstar and all-star wish granter is the…

Cena said that him being able to “play dress up for a living” while being “a force in providing hope and happiness for children and families” is something that he values. It affords him to learn from various situations, and from the children he has met.

“If you were given one wish, what would you do with it? I don’t know if ‘Hang out with John Cena’ would be at the top of my list,” Cena was quoted as saying. “But the fact that that is on someone’s list is the coolest thing. So, I approach it with that attitude — like this is fantastic, let’s make this wonderful.” Ian Biong/JB

Is WWE’s John Cena the next Captain America?